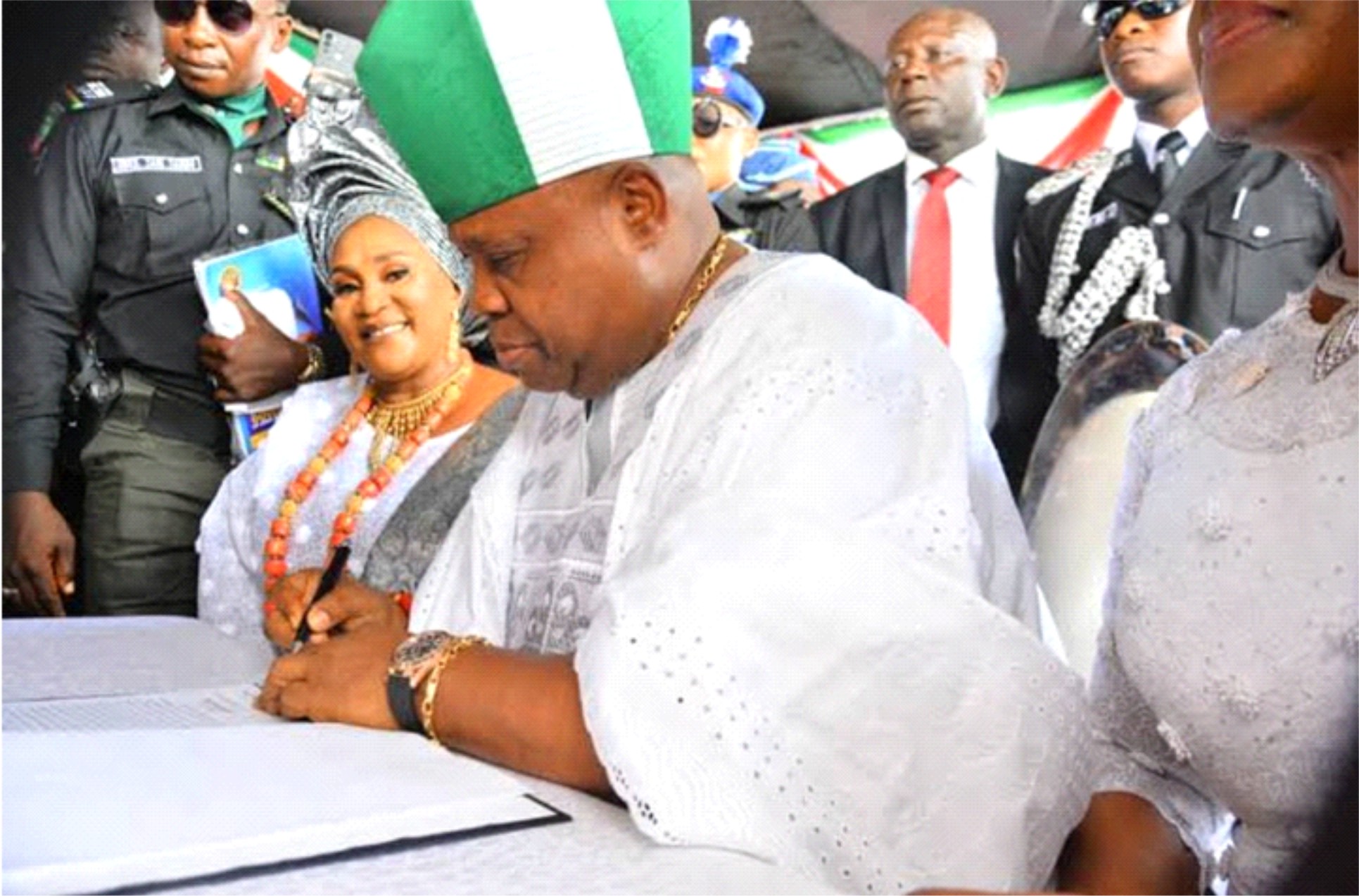 The new Governor of Osun State, Senator Ademola Adeleke has promised to be accessible, responsive  and proactive in handling small and big matters of the State.

He disclosed that his administration will demonstrate high sense of urgency, transparency, justice and innovation in tackling the issues bordering on poverty, illiteracy, disease and poor infrastructures confronting the State .

Adeleke spoke during his inauguration as the 6th Executive Governor of  Osun State held at the Osogbo Township Stadium.

The oath of office was administered by the Chief Judge of the State, Justice Adepele Ojo on Adeleke and his Deputy, Prince Kole Adewusi.

Consequently, the governor announced the freezing of the State account and total reversal of all appointments done by the immediate past Governor, Gboyega Oyetola, vowing to set up commission of enquiring to review the appointments.

He equally announced the immediate reversal of “The State of Osun” back to its original and constitutional name “Osun State.

His words “l accept the mantle of leadership entrusted upon me by the people of our dear State, I am conscious of the enormous challenges and responsibilities ahead of me and will begin from this hour to work day and night with deep sense of purpose to be a servant to you all.

“Therefore, I promise that those expectations of the workers, traders, artisans, farmers, business owners, students, pensioners, traditional and religious leaders and indeed all residents of Osun State will be met by the grace of God and the cooperation of everyone.”

Adeleke, who promised to correct all injustice, corrupt acts or policies by previous administrations which are against the collective interest of the people, stressed that his administration will focus on boosting the education, health, mining, agriculture sectors, road infrastructure and supply of portable water which are in sorry situation.

While saying it was disheartening to see the State at the bottom of the national educational ratings especially in public primary and Secondary schools examinations, he vowed to launch a reform with direct and  focus on improvement of learning environment.

He said his administration’s target is to reverse the poor performance of students in public examinations within the next few years.