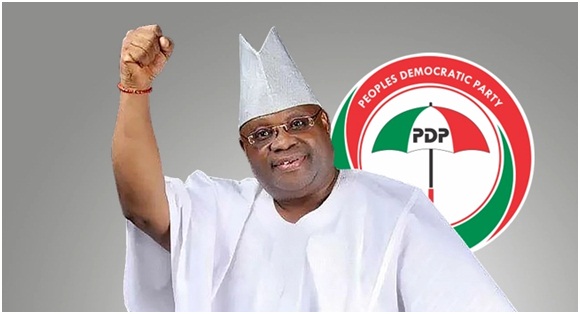 In its determination to ensue infrastructural developmentin Osun State, Governor,  Ademola Adeleke has commenced processes to immediately fix some identified public infrastructures within his first 100 days in office.

This is as he expressed shock at the poor state of public schools, roads, and healthcare centres across the state when he embarked on on-site assessment of some facilities on Monday in Osogbo, the State capital.

“I have an ambitious programme to upgrade Osun infrastructures across health, education, roads and water supply. This government will prove that good governance is possible with sincere leadership. My inspection is to have a first hand view in addition to the field reports from my team”, Governor Adeleke explained.

The Governor had a hard time accessing the John Mackay’s Government Elementary School in Oke Ayepe as the road leading to the school was completely cut off. The school head broke down in tears while narrating the ordeals of staff and pupils.

The Adeleke had to trek almost a kilometer to access the school only to find the class blocks and other essential facilities in terrible conditions.

A visibly worried Governor Adeleke decried the state of the school and wondered what could have happened to the reported expenditure that the past administration claimed went into upgrading infrastructures in public schools.

The Governor noted his discomfort at the fact that staff and students are forced to stay under such terrible situation and declared his administration’s readiness to fix the situation and ensure learning under a conducive environment.

The situation was no any different at a primary healthcare centre in Ota-Efun, Osogbo, as road leading to the facility was practically inaccessible. On an inspection of the facility, the Governor was horrified to find the bad shape that the facility is in.

The Governor who was dismayed by what he saw promised to put in place mechanism to get the healthcare centres and every other public infrastructures in the state under better conditions to cater for the health need of Osun people.

“What I found in places visited are unacceptable. Our citizens deserve better in all respect. I am taken up that responsibility with clear goals and targets. We will fix Osun public infrastructures”, the Governor concluded while rounding up the visitations