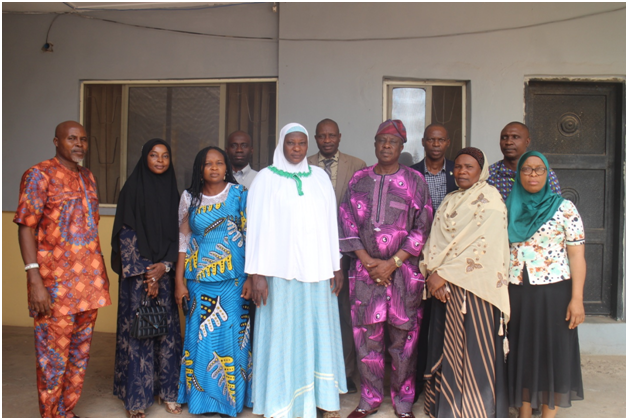 The Chairman of Owena Press Limited, publisher of The Hope newspaper, Sir Ademola Adetula has decried religious intolerance among religions in the country.

Adetula made the remarks on Thursday in Akure while receiving the  executives of Federation of Muslim Women’s  Association of  Nigeria, (FOMWAN) who paid him a courtesy visit.

He frowned at the prevalence of  abuse in the society as expressed in religious  intimidation and violence, asking religious leaders and societies to speak against the trend.

He appealed to FOMWAN to use its vast network to promote peace, unity and stability in the country instead of fanning the embers of religious discrimination and intolerance.

Adetula commended the executives of FOMWAN for promoting education, unity and the well being of families and individuals in the society since the association was established and enjoined it to continue to seek the good of the country.

Earlier, Dr Sidikat Adamson Sodehinde, State Secretary of FOMWAN who spoke on behalf of the association said the visit was to brief the company about the World Hijab Celebration slated for February 1, this year.

She lauded The Hope newspaper for supporting FOMWAN in its activities and solicited for more ,particularly in the area of publicity.