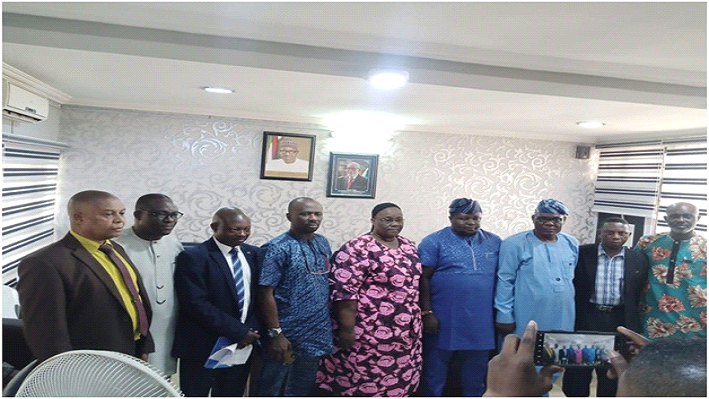 Ondo State House of Assembly said it is committed to performing its responsibilities towards enhancing the education sector in the State.

According to him, the Committee was on the visit to ensure proper harmonisation and synergy before 2023 budget defense, saying that proper understanding of supervisory committees on MDAs is sacrosanct.

The Committee stressed the importance of the Ondo State Education endowment fund bill passed in 2019 and later amended to qualitative education, which according to them is germane to collectively invest in the sector.

While describing education as one of the bedrock of any nation, they call for all hands to continue to be on deck to achieve the set goal.

Earlier, the Commissioner of the Ministry, Mr Femi Agagu commended the Committee for its commitment and support to the sector, adding that the visit will again add value to the sector.

Represented by the Permanent Secretary of the Ministry, Mrs Folasade Adegoke who reeled out the activities and achievements of the ministry, he informed that the ministry formulates, supervises, and controls policy in the sector, while parastatal  under the ministry are autonomous and meet with them on quarterly basis..

The commissioner said that in 2022 budget year, the ministry awarded nine projects which include renovations, reconstructions, purchase of gadgets, office equipment, textbooks and teaching aids to the 304 public schools.

He gave analysis of the year 2022 budget and what they were able to access.