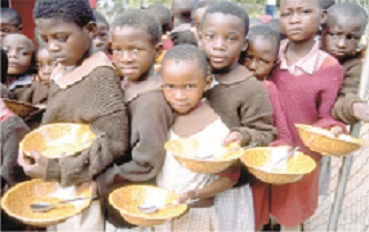 Advancing welfare of the vulnerable

By Kayode Adegbehingbe
|
When Governor Oluwarotimi Akeredolu was addressing the people of Ondo State during his inauguration as the governor in 2017; he promised that his administration would give attention to the vulnerable groups in the society. He said his government will be there for all, and would create platforms where the needs of the different groups of people would be met.

“We will be there for all. We will provide numerous avenues for direct engagement with our people. Whether you are…  vulnerable groups…we will have specific means of reaching out to you to feel your pulse, and more importantly to seek inputs into programmes and policies that will directly impact your lives,” he said.

And in the last two years, he has directed government policies towards addressing matters concerning vulnerable groups in the society, including women, children, and the poor. And they have, in different ways, felt the impact of his government.

An example is the enactment of a law for the protection of the vulnerable in the society, tagged Social Protection Bill.

It is the first of its kind in the country, revealing the priority the government has given to those who might otherwise be left behind in the developmental scheme of things.

The law defines the framework for the provision of social safety nets to ensure that the weak in the society are taken care of.

While signing the bill into law, the governor said that its objectives encapsulate issues of welfare of citizens, which is the primary responsibility of the government.

He said it provides for a council to regulate the activities of the intended Social Protection Programme to protect women and children and would advance the course of development in our State.

Governor Akeredolu promised to continue making the well-being of the people the commanding principle upon which all activities are laid.

In reference to the bill, he said “It is our fervent belief that the National Social Protection Policy (NSPP), when passed into law at the federal level, and accepted by relevant stakeholders, will provide a framework for a mix of policies and programmes on social protection which will, in turn, cater for individuals and households throughout their life cycles.

“These well-reasoned policies will reduce poverty and socio-economic discontent. It also possesses the inherent capability to promote and enhance sustainable livelihood and citizens’ right to a life of dignity.”

He noted that the mass of our people, especially those who are not in the public service, stand to derive immense benefits from the application of the law.

Continuing he said, “Our problem as a people does not necessarily lie in the absence of laws.

“We must be concerned with the situation which compels us to grapple with basic issues of existence amidst the plenitude of statutory provisions well-conceived to address 22 challenges.

“Our ability to apply laws to implement policies will quicken the process of development. Laws themselves are useless if they fail to reflect the peculiar challenges encountered by a society.

“They become instruments of social engineering only if their application engenders the desired results. Their manipulation to achieve parochial ends defeats the purpose which justifies their existence.

“The utilitarian value of any law should be gleaned, easily, from its effect on the people. A law must not be deployed to disempowered the people.”

According to the governor, the social protection law provides for gender-sensitive and age-appropriate framework which ensures a minimum social protection platform for all and also gives a basic guarantee for accessing social services.

The law passed by the Ondo State house of assembly was reportedly crafted with considerable contribution from the United Nation’s Children Fund (UNICEF).

The UNICEF field officer for Ondo state, Dr Niyi Olaleye said: “The bill is about welfare of the most vulnerable in the society, this is well in line with our mandate.”

He revealed that the United Nations’ body worked with the Ondo State government for one and half years on the bill.

He declared that the signing of the bill is a milestone for women and children of Ondo State, as it makes the state to provide for them.

“Ondo State is the first state in the country to pass the bill into law,” he enthused.

It is arguably based on this and other initiatives of the Ondo State government that UNICEF recently brought a study group comprising of people from Adamawa, Akwa Ibom, Anambra, Bayelsa, Benue, Delta, Enugu, Kastina, Kebbi, Lagos, Osun, Rivers, Sokoto and Zamfara states, to tour Ondo state.

Addressing them, Chief of Field Office, Akure (UNICEF), Dr. Tejinder Singh Sandhu, said that the purpose of the tour was to understudy various social protection programmes in Ondo State and also showcase what the state government has done in alleviating poverty, which he said could be replicated in various states.

One example of such that they were reportedly informed of is the free shuttle buses for public schools in the state, which was started by the previous administration and has been continued by the present administration.

This has defrayed the cost parents expend to convey their wards to and from schools. This is a social intervention scheme that has been sustained throughout the two years of Akeredolu’s administration.

They were also told about the free health services for pregnant women and children. With all these Ondo state had continued to, without question, be a model for other states to protect those who are vulnerable in the society. All along Akeredolu’s government, has, with a good level of vision clarity, championed the cause of the vulnerable using various means.

One cannot mention the care of the vulnerable groups in Ondo state without pointing out that the state has gotten on board a Contributory Health Insurance bill, which was signed to law on the same day as the social protection bill was.

The governor has said that the health bill ensures that the poor and vulnerable have guaranteed basic minimum package as defined under the National Health Act and equitable distribution of health care costs across different income groups.

However, according to the commissioner for health, Dr Wahab Adegbenro, the state is not waiting for the full expression of that bill to make healthcare, at a minimal level, accessible to the the poor in the state.

He said that 500 health centers in the state serves as mini centers for the free health care services for pregnant women and children between zero to five year.

The government, he noted, has introduced free health care service for pregnant women and children between zero to five year old.

He said that the mother and Child hospital concept has been scaled up as part of the efforts of the government to ensure that the concerned vulnerable group have unrestricted access to quality health care service.

And based on the approval of the executive council, the number of dedicated Mother and Child hospitals have been increased from two to five centers.

The government has also invested millions of naira in the agricultural sector to make food widely available.

The poor spend most of their meagre earnings on food. So an intervention in the area of agriculture would not only expand the work of farmers, but by extension, impact on availability of food in the state, which should be expected to lead to a reduction of the cost of food.

Last year, during the celebration of World Food Day, the Ondo state government disbursed N15million loan to farmers and N20million to provide funding for the proposed Farmers’ Bank in the state.

The Governor lamented that despite the potential of the state, it has not been able achieve food sufficiency, hence the provision of those loans to farmers.

As part of efforts to ensure food sufficiency in the state, hundreds of tonnes of fertilizer have been procured and made available to farmers across the state.

In addition to this, it has been reported that N60million has been earmarked in 2019 as loans to women farmers. And earlier in the year, N6m was given to farmers through the Ministry of Agriculture.

The State Commissioner for Agriculture, Mr. Gboyega Adefarati, said that this is to  expand farming activities and increase food production in the state.

While receiving the cheques which were like a lifeline, a representative of the benefiting farmers said: “We are so happy to receive this cheque from the state government.

We want to specifically thanked Governor Akeredolu for moving to assist farmers and creating larger markets for us. He has done greatly for us, and we shall never stop to appreciate him.

“Most of us have lost hope. We thought the end has come for us, now governor Akeredolu has restored our hope.”

In the same vein of taking care of the vulnerable, Akeredolu said that his government has keyed into the Federal Government’s social investment programme (school feeding programme, conditional cash transfers and entrepreneurial schemes).

In the federal government school feeding program, primary school pupils from Monday to Friday get to be fed with a meal a day.

The program not only impacts on the children who derive health benefits from the nutritious meals given, the local food vendors also get to have a steady stream of income and the farmers a ready market for their produce, directly impacting the local economy.

The Ondo State government reportedly said that about N4.2 billion was projected for the programme in the 2018 budget of the state government as counterpart funds for the project. And thousands of food vendors have already been engaged.

“Since March 2018, which the School Feeding Programme started in Ondo State, over 18,000 children are being fed daily across 1000 public schools in the state,” said SA to the President on Social Investment, Mrs Maryam Uwais.

Vice President Yemi Osinbajo said that the scheme is called home grown because, “we get all the ingredients from the food we serve the children from the farms in the state so that farmers are empowered and we also engage the cooks locally, especially women living around the school area.”

And according to Special Adviser to Ondo State Governor on Multilateral and Inter Governmental Affairs, Mrs. Bunmi Ademosu, since that time, N134 million is being distributed every 20 days to the Food Vendors across the 18 Local Government Areas of the state because of the programme.

She said: “Environmentalists have also been trained and mobilised to ensure that the food are prepared in an hygienic way.

“110,000 Primary 1-3 pupils across the three senatorial districts of the state will enjoy the free daily feeding.

“We pledge one hundred percent support for the success of this programme.”

All in all, the Akeredolu government has been up and doing when it comes to conceptualising and executing programmes and policies that are targeted at alleviating the burden of the vulnerable groups and giving them the front seat in the administration.

However, from available findings, the handicapped are yet to fully experience targeted help from the government. This is definitely a care gap waiting to be filled.