NIGERIA as a country is simmering towards food crisis as reports from many quarters point to a serious food insecurity that may push it and her people to further poverty. In the past, 11 international organizations working in conjunction with European Union had predicted the number of hungry persons to rise to 38 million in West Africa by June this year, with Nigeria, the most populous black nation in the world as the epicenter.
FEW weeks ago, the African Development Bank declared that hunger had become “a way of life in Nigeria”. The Bank President, Dr. Akinwunmi Adesina had raised the alarm that the ongoing war between Russian and Ukraine will likely trigger food riots and political crisis, especially among nations that depend so much on food imports from the troubled war zone.
Since Nigeria is a consuming nation,
Adesina observed that the war has increased the price of wheat by 62 per cent, maise by 30 per cent, and Soya beans by 29 per cent, while the price of fertilizer has risen by over 300 percent.
ALSO, the Food and Agriculture Organisation, FAO, corroborated Adesina’s warming, saying that the food crisis might hit over 16.9 million Nigerians in 2022, as consumption is expected to slightly worsen, due to possible reduction in household, market stocks and rise in prices.The organization’s Country Representative, Fred Kafeero who spoke in Abuja while presenting the Cadre Harmonise Analysis Report for the 21 states and the Federal Capital Territory, FCT, Abuja, said 16.9 million people in 20 states and FCT were expected to be in crisis or worse, between June and August 2022.
THIS frightening, alarming, serious hunger-munger food crisis coupled with the fact that Nigeria is presently grappling with lots of challenges, such as poverty, unemployment and insecurity, the looming food scarcity may worsen the situation if urgent steps are not taken by stakeholders especially government at all levels.Already, available statistics revealed that Nigeria reportedly spent $1.04 billion on food importation in the first six months of last year and spent another $10 billion on imports to meet its food and agricultural shortfalls, mostly on wheat, rice, poultry, fish and others.
TO therefore prevent the impending doom, Nigeria and Nigerians must have the capacity to feed themselves and stop importing food. It is annoying that in a country of over 200 million people with good yielding arable lands the country still finds it difficult to feed itself. If countries like India and China with large population could feed themselves sufficiently, it is high time we leverage on our population to an advantage. Nigeria should tame this “very high level of hunger” by embracing mechanised farming to feed the populace. We recall that before the advent of oil in the 70s, Nigeria depended much on its agricultural products of palm oil, rubber, cocoa, groundnut and many other agricultural products. The time has come to revamp agricultural sector and put all the farm settlements in great shape to produce food for our teeming population.
FURTHERMORE, government should take the initiative in the area of development agriculture. It must begin to think of how to revolutionize agriculture through adequate deployment of technology and high yielding crops and cereals. The era of season based and subsistent farming is no more fashionable. The country should invest in large-scale and all season farming with good yields. The time has come for government to stop paying lip service to agriculture in Nigeria.
THE Hope also challenges the academics in our ivory towers and research institutes to come up with ways of improving agriculture in the country, especially in the area of production, proceeding and storage. Efforts should be made on how to take our crops to factories for processing and production. The imperative of this is that it will stop wastage of our products and guarantee self-sufficiency and contemplating exporting products overseas for more revenues generation since we don’t have good storage system in the country. 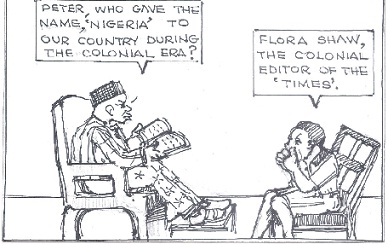