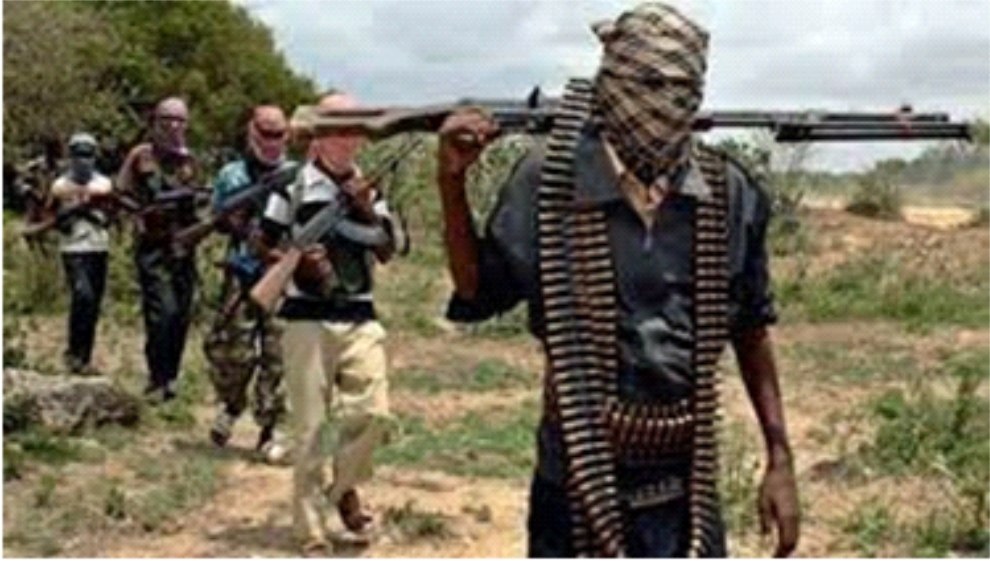 The Hope Metro gathered that the assailants suddenly invaded the area around 5:45pm, and opened fire, shooting sporadically, and in the process, shot four persons dead.

One person was reportedly injured while traders and  customers in the area scampered to safety.

It was gathered that  the  gunmen killed two Yoruba men and two Hausa men.

An indigene of Ondo City who was at the when the incident happened said, “the people came into Sabo  and started shooting , which made people to take to their heels while some hid in their shops.

” It was horrible, because we were not expecting such a thing. The shooting lasted for about twenty minutes.

“The number of the victims, including the dead and the injured, are five. People were afraid to come out following the sporadic and persistent gunshots.

“Four people died immediately while one sustained gunshot injury in his hand,”he  narrated.

Also speaking, Mr Musa Ahmed said, “This is shocking and we are afraid now because we don’t know  maybe they are coming back. I don’t understand the reasons behind the whole situation.

“They are not cultists. The people that came are real unknown gunmen. But  we do not know where they are coming from.”

Sympathizers, friends and relatives of the victims were also seen lamenting, as the corpses were evacuated and deposited at the State Specialist Hospital morgue, while the injured victim was rushed to Trauma Centre.

“The unknown men were three on different bikes escaping from the area when we arrived at the scene of the crime. But nobody could stop and challenge them.

“Two Hausa men and two Yorubas were killed, while one Hausa was  injured. The unknown gunmen also went to igba in Ondo to strike as well. The Yoruba men were eating and they were shot.

“A white colour J5 vehicle with number plate MKA 469 YJ, carrying onions to Ore, which had a stopover was attacked as well and the driver of the vehicle was among the dead,” he noted.

According to policemen at the Fagun Division, investigation is ongoing, as they were  yet to confirm the attack.

Meanwhile , the Ondo State Police Command has said there was no reprisal attack on the Hausa Community at Sabo area in Ondo town or any part of the state.

The command’s Public Relations Officer, SP Funmi Odunlami, dismissed speculations of an attack in any part of the state in a statement issued yesterday in Akure

Odunlami said the attention of the command was drawn to a mischievous fake news being peddled by some mischief makers to cause panic, tension and strife in the State.

She said the occurrence that looked like an attack was an attempted armed robbery.

“On Tuesday,  June 7, 2022, there was an attempted robbery on a J5 vehicle with plate number MKA – 469 YJ carrying Onions and Potatoes, coming from Zaria enroute Ore, had a stop over at Ondo town and was attacked by men of the underworld around 01:00am.

“In the cause of this attempt, the robbers shot the driver, while the motorboy escaped with bullet injury, a motorcyclist alongside the pillion and a passerby were also hit by stray bullets “ she said.

“It is, however, disheartening that these   peddlers, who are out to achieve no good, did not confirm the story before spreading this falsehood as the victims involved in this failed robbery are from Yoruba, Igbo and Northern extraction.”

The spokesperson confirmed that investigation has since commenced and effort is ongoing to arrest the assailants.

“The Commissioner of Police, Oyeyemi Adesoye Oyediran, has urged the people of the state to remain calm and disregard the fake news, as the rumour mongers are out to stir unnecessary chaos and disrupt the peace of the State.”

The command, therefore, warns the peddlers of the fake news to desist as it would not fold its arms and let them shatter the peace being enjoyed in the State.