Agony of a mother 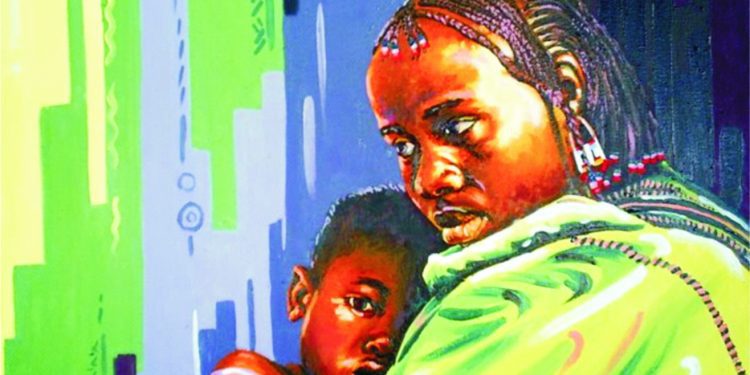 The worst nightmare that one could wish for an enemy is that they watch their offspring die. It is an unimaginable nightmare especially for those that have passed through it.

Such was the lot of Mama Olamide as she could only watch helplessly while her daughter waste away before her very eyes. Olamide’s condition began to worsen in her second year in the university and she pinned away until she gave up the ghost.

At first, they took it for malaria or typhoid fever and gave her herbs. When there was no visible improvement, her parents  took her to the hospital for medical treatment when she was not responding to herbs.

Olamide’s condition was strange. She had no particular symptom to show she was sick but she kept losing weight and she complained of tiredness after standing for a few minutes.

Oftentimes, she laid on the bed. Also she lost her appetite and could only take few morsels of food at meal times. Then she was an undergraduate at the university and in the second year when she became struck by the strange ailment.

Her tests results were confusing to the doctors as they kept changing their decision on what sickness was ravaging her body. However, her gauntness and frailty was evident.

Tongues wagged as residents wondered what could be wrong with her. Since she had been ultra slim before the sickness sets in, some argued that she was a sickle cell patient and was suffering from the deficiency.

At a point, she had to stop going to school because she could not cope with the rigours of schooling again. She became very tired and could only take pap.

By this time, her mother was advised to seek a spiritual solution as well meaning neighbours advised her to find powerful medicine men and prophets in order to get a solution to the knotty problem.

One of the herbalists the mother visited claimed that Olamide had been used for money rituals after she slept with a yahoo boy. Her parents were shocked to say the least as they always thought their daughter was a virgin.

As her mother queried her on the herbalist’s claims, she could only sob as she feebly protested her innocence. It was a terrible time for their household as they wondered what would be the lot of the young girl? They begged her to confess so that they will know what to do but she maintained that she was innocent of the charge.

How the news of the scandal filtered out, no one could tell. And the news made the rounds, residents believed the scandal was a perfect excuse for her condition. They gossipped that she had been used for money rituals and would eventually die like other greedy girls that were lured by  yahoo boys.

On a quiet Sunday dawn, she laid quietly in  bed and propped herself against the wall. As she dozed, her mother could not sleep. She was in despair and agony as she was feeling the spirit in her daughter ebbing away in those last few days.

She had lost all hopes as she sensed that death was imminent. She had prayed and done many sacrifices but there was no visible changes.

She listened to her daughter breathing quietly as she slept and she herself slipped off into a slumber.

The mother called her husband and they tried to rouse her but they soon realized that she was long gone. They quietly laid her to rest the same day and quietly mourned the loss of the young girl who was full of promise before the grim reaper came calling.