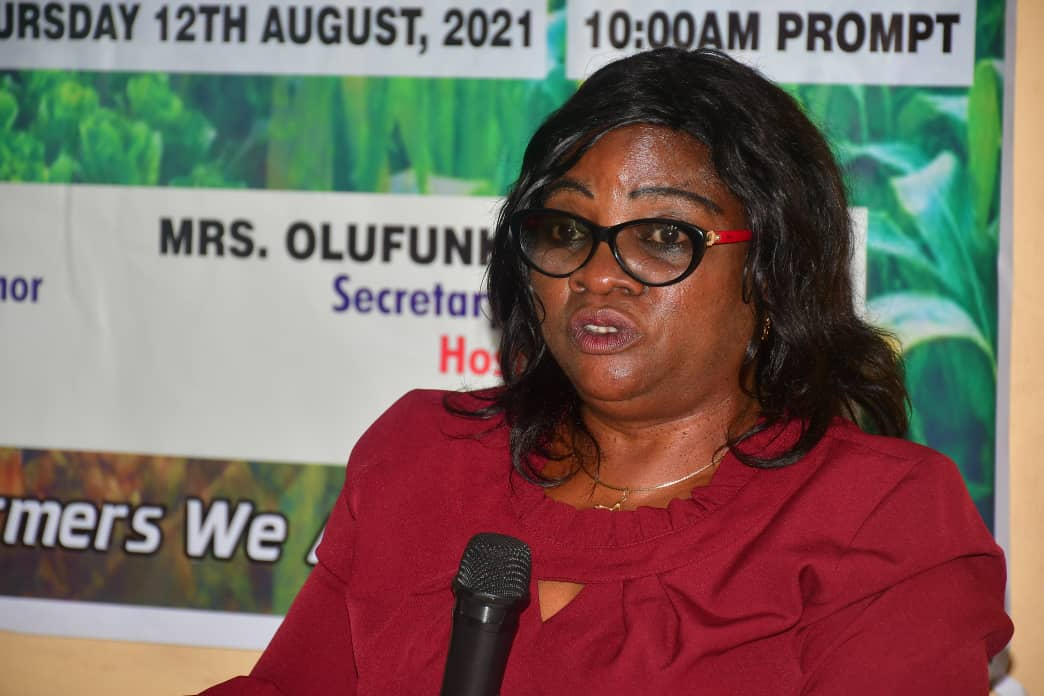 Ondo state Agricultural Input Supply Agency, AISA, has assured, that it would continue to deliver the mandate for which it was established for food sufficiency.
These included to train farmers and agro dealers on the best practices of agro chemicals and to ensure that standard and quality agro chemicals reach out to the farmers across the state.
The  Secretary of the Agency, Mrs Olufunke Abimbola Ogunlade made this declaration in an interview with The Hope in Akure.
Ogunlade further explained that the agency is still performing its roles in registration of agro dealers in the state to ensure that only viable data which can be used to plan agricultural activities in the state as well as controlling pest and fumigation against diseases that affect farmers and the entire populace are collected.
” There are several outfit of government that are into sudsidising input for farmers in various forms like the Ondo state Agricbusiness empowerment center who has distributed and allocated farm inputs at subsidized rates ,”
She said the EndSARS protest of last year truncated AISA’s input distribution to farmers as million worth of the inputs and fertilizers bought were destroyed, vandalised and carted away.
She attributed the present high cost of chemicals to economic crises and the EndSARS issue, hoping that as the problems is phasing out that things will change for the better.
She appreciated the agro dealers whom she observed as very important and supportive, just as she noted that without them the prices of agricultural produce would have been worse than what is being experienced now.
Ogunlade who said that several meetings were held with agro dealers to ensure that chemicals are within the reach of the farmers, noted that farmers are still benefitting subsidy from other agricultural inputs like provision of tractors, seedlings among majority of others.
She said people should not entertain any fear as she confirmed that the present administration of Arakunrin Oluwarotimi Akeredolu is doing everything possible to ensure food sustainability.
She advised on the need to constitute a task force team to address the high cost of food and solicited for government’s support to institute what she described as price standardization to curb the high cost of food.
She said more people should be encouraged into farming, saying agricultural activity of any kind is profitable especially those whose production falls within three months.
She noted that more enabling environment should be created and more efforts be made to move infrastructural facilities to the rural areas which will increase agriculture and pave the way for food sufficiency and security.