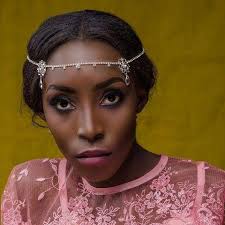 By Bamidele Kolawole
|
The alleged killer of a 20-year-old girl, Oluwaseun Ajila, who was reportedly raped and killed by her boyfriend, has been remanded in Olokuta Prison Custody by an Akure Chief Magistrate’s court sitting in Oke-Eda.

Ebenezer Adejumola,  a 22-year-old 500 level student of Adekunle Ajasin University Akungba-Akoko, who was brought before the presiding Magistrate, Mr O.R. Yakubu, by the Nigerian Police, Ondo State Command, is facing a two-count charge of killing and raping Oluwaseun Ajila.

He was said to have committed the offence between the hours of 5pm and 7pm, at Labake street, beside Kabafat Nursery and Primary school, Abusoro, Akure, on October 4, 2018.

According to the prosecution, Adejumola, was alleged of killing one Oluwaseun Ajila, by strangulating and stabbing her with kitchen knife, which resulted to her death.

However, the plea of the defendant who was represented by Barr. Ibrahim Yusuf was not taken by the court.

The Police prosecutor, Sergeant Adebayo Ayomide, brought an application for the remand of the accused.

In his ruling, the presiding Magistrate, Mr O.R. Yakubu, held, “having carefully considered the application of the prosecution, brought pursuant to section 269ACJL, Ondo State 2015, I found that there is probable cause to remand the defendant in prison custody, pending the outcome of legal advice.

“Hence the defendant is accordingly remanded in prison custody.

He thereafter adjourned the case till January 22, 2019 for the outcome of the legal advice.