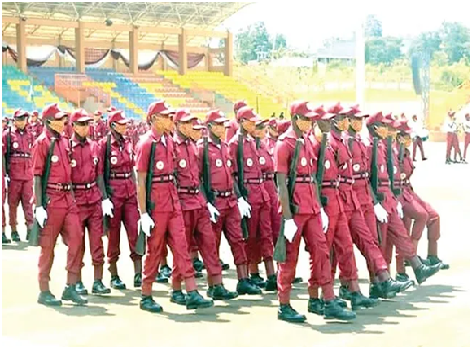 The Governor of Ondo State, Oluwarotimi Akeredolu, has directed recruitment of additional 350 personnel into the State Amotekun Corps to further strengthen and boost its operations.
Akeredolu who averred that his administration is blazing the trail in the area of security and other critical sectors, added that the jobs of the new personnel would, among other things, protect and secure farmers and their farmlands across the state to ensure food sufficiency.
The governor explained that Amotekun stations will be built in the farms to ensure that the farmers are protected, insisting that the abundant natural resources in the state must translate to economic prosperity.
This is coming as Akeredolu also hinted that the state will be on the world map of Palm Oil Production with 70,000 hectares of land that have been allocated to investors for oil palm cultivation and cocoa production.
Governor Akeredolu spoke yesterday at the presentation of awards to some distinguished individuals/organisations for their contributions towards the growth and development of agriculture and agribusiness in the state.
The awardees include the Olubaka of Oka-Akoko, Oba Yusuf Adebori Adeleye; ace broadcaster, Ayo Moradeyo; Prof. Josiah Babatola; Obawaya Gbenga; Femi Eniola ; Rev. Gideon Oluleye; Elizabeth Omoseebi; Omoriwo Jacob, among several others.
The event organised by OSAEC and held at the Cocoa Conference Hall of the Governor’s Office, Alagbaka Akure, had in attendance, the Deputy Governor, Lucky Aiyedatiwa, members of the State Executive Council led by the Secretary to the State Government, Princess Oladunni Odu, farmers and other stakeholders.
The governor added that his administration is completely revolutionising the farming profession so that it is no longer seen only as a vocation but also as a business and made more attractive to young minds.
Akeredolu particularly congratulated and commended the awardees for weathering the storm with government to get to the position that is it today, adding that modest gains recorded from their various contributions have acted as impetus for government.
Akeredolu also said Government has embarked on an on-line lending of N2billion to oil palm farmers via the RED GOLD Initiative.
“This is a move intended to launch Ondo State into the world map of palm oil production. We are proud that our intervention has always been all-rounder and yielding the desired results. For instance, about 26 tractors were bought by our administration and sold to farmers and farmer associations at a highly subsidised price to encourage commercial and large scale farming.
“Recently, there was a training and capacity building for about 400 indigenous and Fulani pastoralists on Feedlot Operational System of Livestock Management at the instance of FAO/ODSG. Arrangement is in the pipeline to facilitate credit facility for the registered members through the Central Bank of Nigeria (CBN)”, he stressed.
Earlier, the Senior Special Assistant to the Governor on Agric and Agribusiness, Akin Olotu, who appreciated Governor Akeredolu for his giant strides in agric sector, explained that the awards cut across different sectors, individuals, corporate bodies, young and old ones, aged farmers, civil servants.