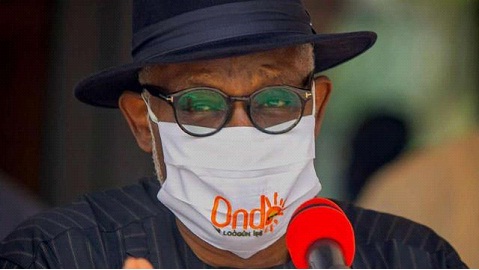 The Governor of Ondo State, Oluwarotimi Akeredolu, has disclosed that there are investors ready to invest in the Port Ondo.

Akeredolu, however, stated that the delay in the Port declaration by the Federal Government is causing delay.

The Governor who described the delay in the Port Declaration as one of the effects of the contradiction in the country’s federalism, said state should be allowed to develop their sea port, provided there are interested investors.

He spoke during a fireside chat at the ongoing Retreat Programme for Political Office Holders and Accounting Officers in the state, being held at Mydas Hotel, Owo.

Akeredolu assured that nothing will stop the actualization of the project, stressing that the Port will not only serve Nigeria, but the whole of West Africa when developed.

He said:”There is contradiction in our federalism. We have a system where there must be a port declaration by the Federal Executive Council before you proceed.

“I have always wondered; the port is in my state and I have people who are prepared to invest. But the federal government is holding on to the port declaration. I believe that states should be left to determine their deep sea port and the investors.

“For us as a state, we have been at this since our first day in government. We found out that we have the deepest draft in Ondo state. Our port, we will go ahead. Nothing will stop it , it is a  matter of time. It is a port, not only for Nigeria, but for the West Africa because of its deepest draft.

“How do we finance it? I traveled, I spoke to Dubai Port. I spoke to China Habour. Dubai Port has even written that they are interested.” the Governor explained.