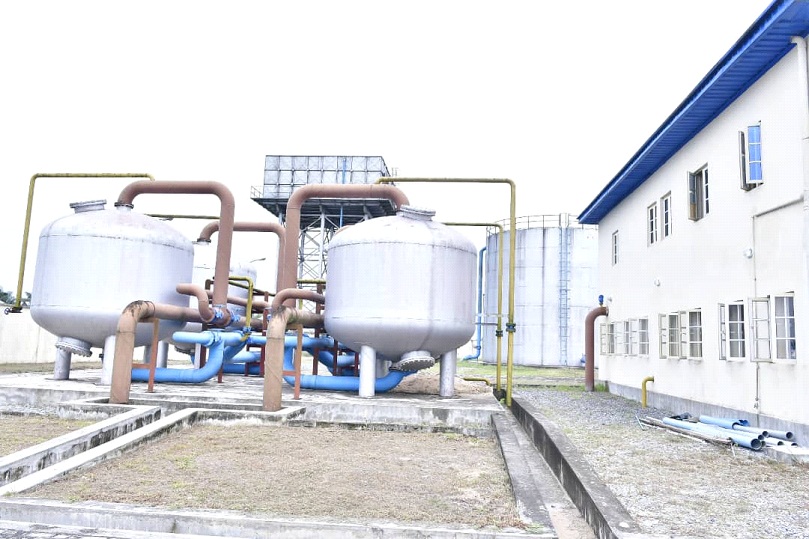 In fulfilment of his electoral promises to make potable water available to the citizenry, Ondo state Governor, Oluwarotimi Akeredolu on Thursday commissioned N2.378, 262, 265,636.60 water project in Igbokoda, Ilaje Local Government area of the state.
The project which is the 45.61km Water Rising Mains and Pipe-Laying constructed along Igbokoda-Ugbonla Road, Igbokoda, by the Ondo State Oil Producing Areas Development Commission (OSOPADEC) was aimed at providing potable water to various communities in Ilaje Local Government area on a sustainable scale, for the first time in the history of the people.
Commissioning the project, Governor Akeredolu stated that a lot have gone into the continued quest for the distribution of potable water across the length and breadth of Ilaje local government area, with an assurance that his administration would continue to do more for the southern senatorial district.
The governor noted that his administration is totally committed to improving the quality of lives, providing good leadership and delivering the dividends of good governance to the people of the state.
“As you may have noticed, we always prioritise the welfare of our people ahead of other things. That is why the multi-billion naira massive infrastructural development across the 18 local government areas of the state cannot be derailed, no matter the intervening circumstances,” he added.
Governor Akeredolu further explained that the successful linkage of the local government with Lagos state through the construction of the Araromi-Akodo-Ibeju-Lekki road project would open up the whole area for development.
He also added that the proposed Erunna-Ogboti Free Trade Zone and the Ondo Deep Seaport would greatly contribute to growing the economy of the local government and the state at large.
Earlier, the OSOPADEC Chairman, Gbenga Edema, specifically lauded the governor for his support and timely release of funds for the actualisation of the water project for the benefit of the people, saying that the people of Ilaje local government would remain grateful to him.
Edema stressed that the water project was phase 1 of the pipe laying and reticulation project, adding that next phase in the design of the project is for the execution of the phase 11 (Ugbonla-Ayetoro) and phase 111 (Alape junction-Araromi Seaside) to commence in earnest.
He informed the gathering that the water project commissioned had gone through all necessary tests and been declared fit for human consumption.
OSOPADEC boss said a robust architecture for maintenance of the project has been put in place for sustainability.
“Contrary to the usual conduct or belief among political office holders, Mr. Governor did not perceive this project as having been conceived and begun by his predecessors. Mr Governor put in all his support for the actualisation of this project. His words were usually that the project must be sustained for the benefit of Ilaje people”, he added.
The epoch making ceremony was attended by Governor Akeredolu’s running mate, Lucky Aiyedatiwa; Secretary to the State Government, Temitayo Oluwarotimi; Chief Olusola One; Chief of Staff to the Governor, Chief Olugbenga Ale; Commissioner for Education, Science and Technology, Femi Agagu; SUBEB Chairman, Princess Oladunni Odu, traditional rulers, including Olugbo of Ugboland, Oba Frederik Akinruntan, among other top government officials.