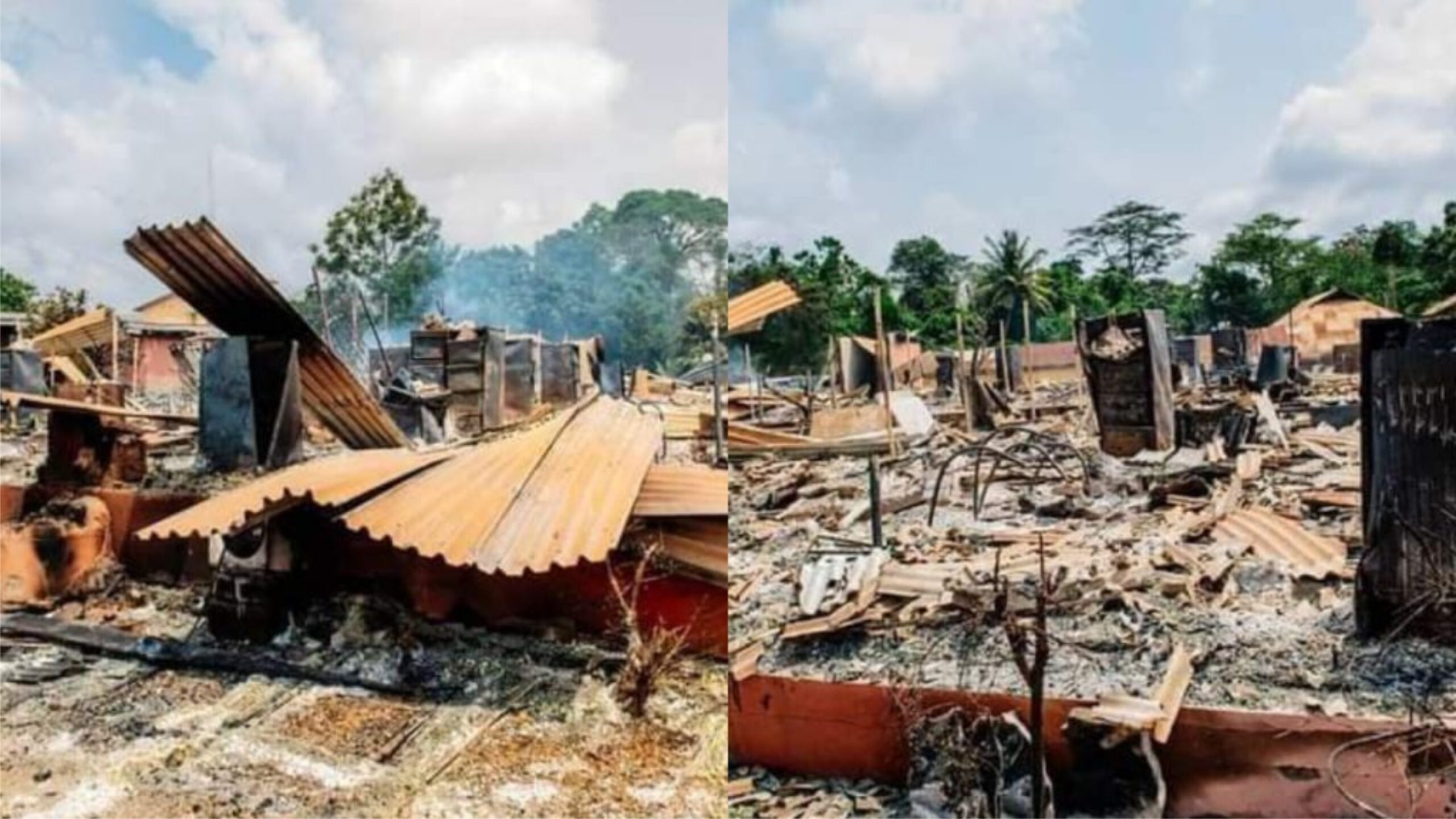 Ondo state Governor, Oluwarotimi Akeredolu, has paid an on-the-spot assessment visit to the four offices of the state government agencies which were gutted by an inferno at Oke-Eda, Akure, the state capital.
Governor Akeredolu expressed shock over the conflagration which completely brought down the offices on Sunday night.
The affected offices include Ondo State Basic Education Board (SUBEB) Annex, Ondo State Radiovision Corporation (OSRC) Commercial Department, Ondo State Scholarship Board (OSSB), and French Language Centre.
All the wooden buildings housing the government offices were burnt to ashes.
Governor Akeredolu was joined by his Chief of Staff, Chief Olugbenga Ale; the Chairman OSRC Media group, Kunle Adebayo, and the Head of Service, Dare Aragbaiye among others, to assess the level of damage done to the offices.
The cause of the fire was still unknown.
The Governor explained that he would not draw any conclusion yet but wait for the investigation to reveal the actual cause of the inferno.
He bemoaned the high level of damage done to the affected offices, adding that all the damage would be estimated immediately.
The Governor also disclosed that all the affected offices would be relocated, while government would also make better use of the site of the burnt offices.