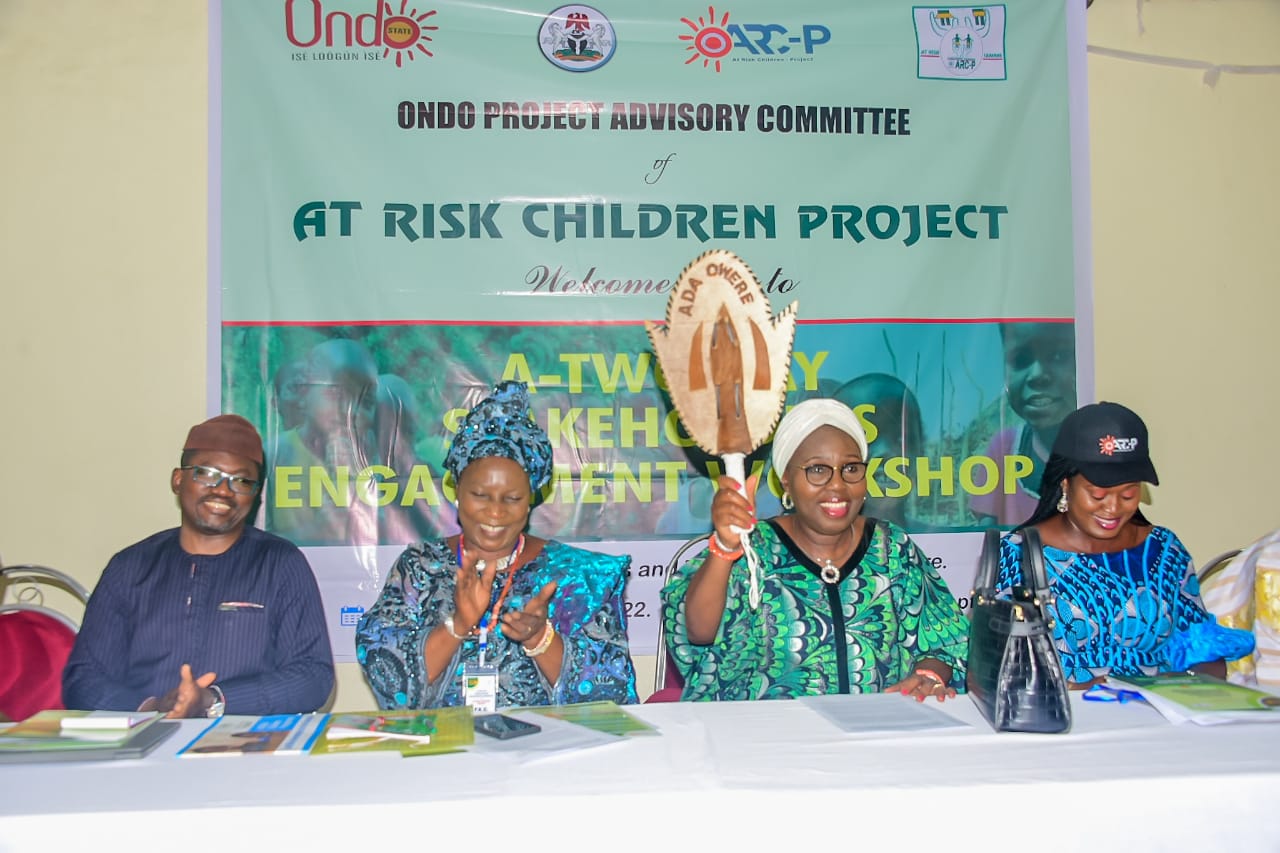 Ondo State Governor, Arakunrin Oluwarotimi Akeredolu has declared that his administration is poised to provide protection and hope to vulnerable youths and children for a productive life.

The Governor stated this while declaring open a 2- day stakeholders’ workshop on “At Risk-Children Project” in the state held in Akure.

Represented by the State Commissioner for Women Affairs and Social Development, Dr (Mrs) Adebunmi Osadaun, the Governor said on assumption of office, he assured that his administration would invest  on human capital development especially in the area of social investment.

He said that the State is working with the Federal Government through the office of the Special Adviser to the President on Social Investment programmes to address social and economic concerns of children at risk, thereby providing them with a life of dignity.

According to Akeredolu, it is  government’s responsibility take up children from poor and vulnerable households off the streets equip them to live a purposeful and meaningful life, otherwise the future will be grossly jeopardized while they constitute security risk.

The Governor recalled that the Special Adviser to the President was in the State a couple of weeks ago on a scoping mission while the State ARC-P team was inaugurated as well as signing of Memorandum of Understanding which is a clear signal of a successful actualisation of the project in the State.

Wife of the State Governor, Chief Mrs Betty Anyanwu-Akeredolu who is the Chairman Project Advisory Committee believed that the project would bring positive results and development.

She advised the stakeholders to own the project by getting actively involved to achieve the set goals.

Earlier in her address, ,Special Adviser to the State Governor on Gender who is also the Secretary of the On do Arc Project Advisory Committee ,Mrs Olamide Falana explained that the project is poised to enhance better life outcomes for the vulnerable populations which include, orphaned , out of school children and unemployed youths below 24 years of age.