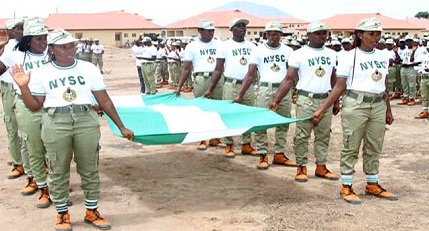 Ondo State Governor, Arakunrin Oluwarotimi Akeredolu has urged National Youth Service Corps members serving in the state to shun all negative acts that  could tarnish the good work done by their predecessors and impact positively on their respective host communities.

Akeredolu gave the advice  at the terminal parade of the 2019 Batch ‘B'(Stream 1) Orientation Course held at the NYSC Permanent Orientation Camp, Ikare Akoko in Akoko North East Local Government Area of the state.

Represented by his Deputy, Mr. Agboola Ajayi, Akeredolu implored the corps members to cultivate healthy relationship with members of their host communities and conduct themselves well in all they do.

Akeredolu added that the knowledge gained by the orps members during their skills acquisition training should be put to use  to better their lives and reduce youth unemployment in the society.

“My dear patriotic members of the corps, as good ambassadors of your families and the scheme, I enjoin you to shun all negative acts that could tarnish the good image your predecessors have toiled to build over the years,” he said.

He also promised that his administration would continually ensure the security and welfare of corps members in the state.

“The NYSC in its struggle to ensure national development, has instilled the values of patriotism, integrity, work hard and unity among you corps members during the orientation exercise.

“In addition, values that will always come handy during and after your service year have been entrenched in the orientation course contents,” he said.

2,136 corps members; with 1106 males and 1030 females ,participated in the three weeks orientation course.