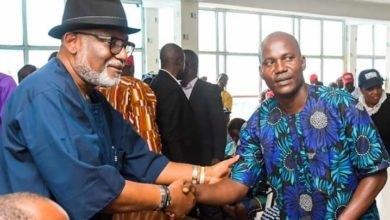 The plan, which will be presented to the Governor during a high-leveled interaction meeting on the seaport project, will spell out milestones and timelines for the completion of the multi-billion dollar project.

Aina Egharevba, managing director/CEO of Amiable Consultancy and Logistics Services, consultant to the State Government on the port Project, said the deep seaport being championed by Akeredolu’s government, would open up the economy of Ondo State and create jobs for over 20,000 people in the coastal areas of the state.

Egharevba, who is a former executive director, Marine and Operations of the Nigerian Ports Authority (NPA), said some key milestones including the preparation of the port feasibility study; conducting preliminary surveys such as the bathymetric/hydrographic survey and geotechnical survey; soil resistivity test, Met-Ocean studies; and topographic survey for the deep seaport, have been successfully achieved.

She said the feasibility study and conceptual master plan for the new port have been approved by the NPA.

Egharevba said the Spanish team will also carry out a review of key project issues and establish common understanding of the project objectives with officials of the Ondo State Development and Investment Promotion Agency (ONDIPA).

“After this meeting, we will be moving to the next crucial stage, which is the development of the Outline Business Case (OBC) and Final Business Case (FBC). We are committed to working with the Ondo State Government to realise the full vision of the Governor for the deep seaport,” she said.

Recall that on a recent investment drive trip to The Netherlands with President Muhammadu Buhari, Akeredolu said the Ondo Deep Seaport project is the future of the state.

“We are doing things for the next generation. We have started and there is no going back. The President has said most of the times that Ondo is the right place for a deep seaport. We should not play politics with everything. This is the best place to have a deep seaport,” he said.

According to him, the state has the responsibility of preparing the ground and showing the feasibility and bankability of the project.

“The Chinese, Dutch, and others are interested because this will be a West African port; not just for the country. It is not that we are looking for money to build a port but we are looking for investors willing to invest here,” the Governor had said in Akure during the presentation of the report of the consultants to the State executive council and stakeholders of the coastal communities earlier in the year.

Meanwhile, the Technical Partners and Consultant for the development of Port Ondo have arrived Akure, the Ondo state capital.