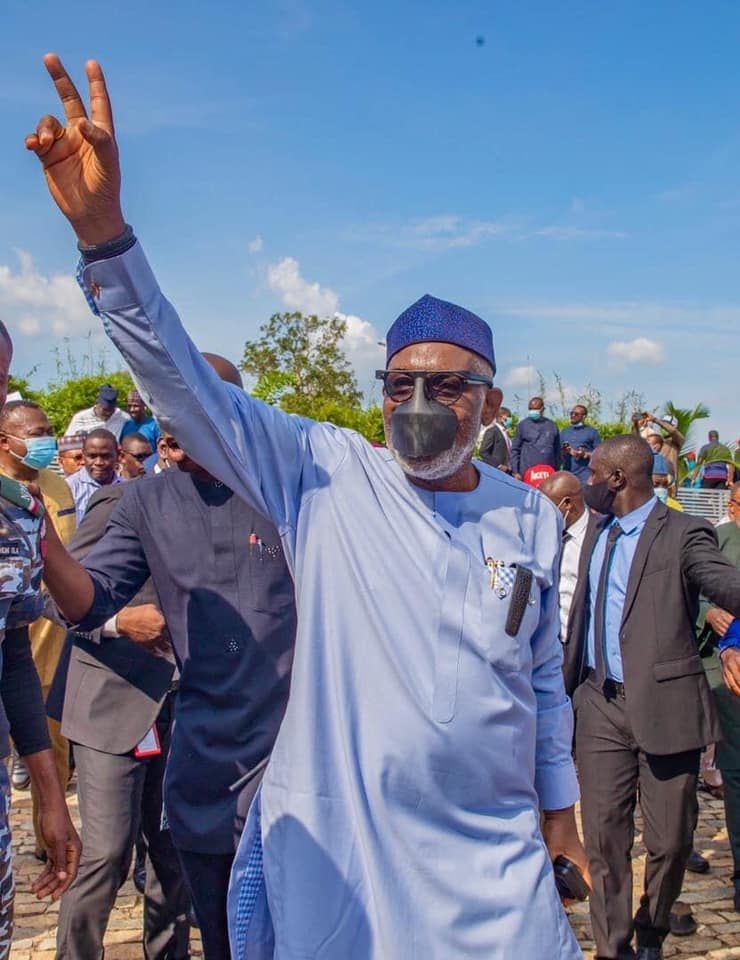 The Independent National Electoral Commission, (INEC) has declared Governor Oluwarotimi Akeredolu of the All Progressives Congress, APC, as the winner of the Saturday, October 10 gubernatorial election in Ondo State.
Akeredolu who is the incumbent governor defeated his closest and two time rival, Mr Eyitayo Jegede, SAN, of the Peoples Democratic Party, (PDP), the second time.
The duo contested the 2016 gubernatorial election together during which Akeredolu first defeated Jegede.
The State Returning Officer and the Vice Chancellor of University of Ibadan, Oyo State, Prof Abel Idowu Olayinka who announced the results of the just concluded election, yesterday said Governor Akeredolu won in 15 out of the 18 local government areas of the state.
“ He said having scored the highest votes of 292,830 “he is hereby returned elected as the governor of the state.”
Prof Olayinka affirmed that by the outcome of the election, the candidate of the APC met the required two third of total votes cast in the election.
He noted that the margin of votes scored by the candidates of APC and that of PDP’s candidate is far higher than the number of cancelled votes in the election.
According to the results announced by INEC , the total of votes scored by other parties are; PDP 195,791,ZLP 69,127, A 292, AA 093, AAC 814, ADC 2,440,ADP 3,464, APGA 271, APM 309, APP 527,LP 1,977, NNPP 222,NRM 468,PRP 669,SDP 3,053 and YPP 398.
He added that the total number of votes cast was 572,745, rejected votes 18,438, while cancelled votes were16, 709.
He stated the reasons for the cancellation of results in some polling units to include over voting, snatching and stuffing of ballot boxes.
Meanwhile, the candidate of the PDP, Eyitayo Jegede won in the remaining three local governments.
The Local Government areas the PDP candidate won were Ifedore, Akure South and Akure North LGAs.
However, the candidate of the Zenith Labour Party and the Deputy Governor of the state, Agboola Ajayi failed to win any of the LGAs, including his.
Agboola did not only lose his LGA, but also that of the national leader of his party, Dr Olusegun Mimiko, who is the immediate past Governor of the state.
The returning officer equally announced that presentation of certificates to the governor-elect and the deputy governor-elect will hold on Tuesdays by 10am.