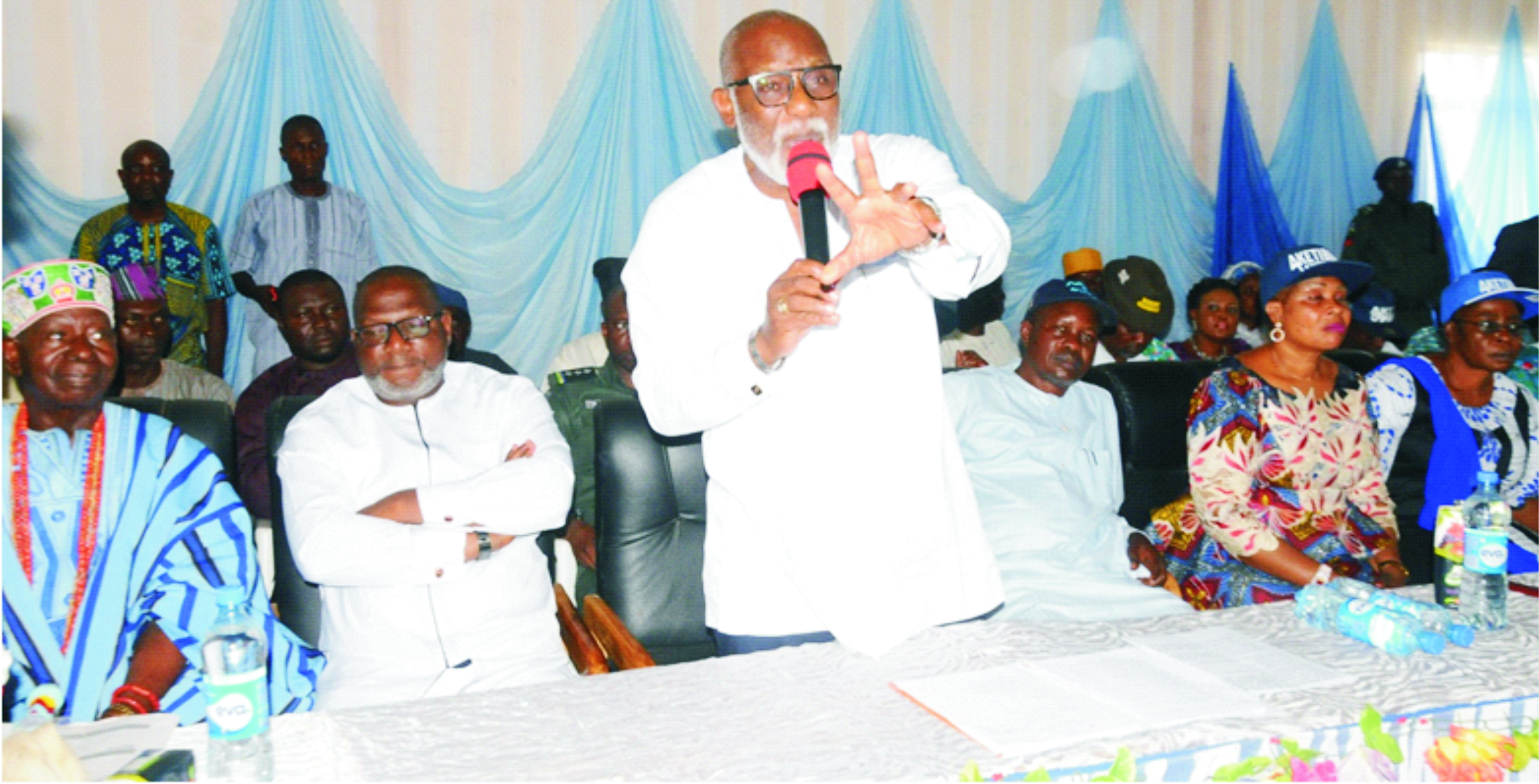 By Chris Chimezie
|
Eminent sons of Owo in Owo Local Government area of Ondo State have described the State Governor, Arakunrin Oluwarotimi Akeredolu as a worthy son of the land who has made them proud through his monumental and unrivalled achievements across the state within two years of his administration.

The elated indigenes of the ancient town expressed their joy during the thank-you-tour of the governor to the local government which brought the week-long tour to an end.

It would be recalled that Governor Akeredolu in company of the APC leaders in the state had embarked on a thank-you-tour across the 18 local government areas of the state in appreciation of people’s loyalty and massive support for the party’s candidates during the last House of Assembly election.

In separate interviews with The Hope, they showered praises on the Governor for executing various life-transforming projects in all nooks and crannies of all local governments in the state, adding that his unprecedented achievements have brought honour and respects to every Owo person.

According to the Ojomoluda of Ijebu-Owo, Oba Kofoworola Oladoyinbo, who described Akeredolu as a man whose works in just two years have endeared him into the hearts of the people, appreciated him for not letting Owo people and the state down.

“I am filled with joy that you have performed well and have met the yearnings and aspirations of not only Owo people, but that of people of the state.

“On behalf of the Olowo of Owo, Oba Victor Folagbade Olateru-Olagbegi, other traditional rulers and the good people of Owo, we thank you for appreciating us and we assure you of our cooperation”, he said.

Also, Chief of Staff to the Governor, Chief Olugbenga Ale, described as overwhelming, the level of acceptance and reception accorded the Governor during the thank-you-tour across the state by the elated people who referred to him as a visionary leader and an achiever whose impacts have been felt across the state.

“To the Owo people, Akeredolu means a lot. He represents hope, infrastructural development, manpower development, overall development for the people and that is why he  deserved this rousing welcome. We all see him as a man that has performed beyond people’s expectations.

“In the next two years, people of the state should expect further achievements in the area of infrastructural development, especially for the communities that are yet to benefit from road construction, rehabilitation of more boreholes and the next batch of renovation of primary schools which would commence next month.

Similarly, another son of the soil and Consultant to the Ondo/Linyi Industrial Park in Ore, Chief Alex Ajipe described the Governor as a man that has brought honour and respect to every Owo person through his monumental achievements within his two years of assumption of office.

Earlier, the Governor who was marveled by the mammoth crowd who converged on the popular Aruwajoye Hall to receive him, thanked them for the love, loyalty and supports shown him and his party.

“Entering into this hall, I felt like weeping, for I don’t know what I have done to deserve this unquantifiable support from you. It has been like this everywhere we have visited across the state, I don’t think I can thank you enough.

“To me, I don’t think I have done much, we are just starting and with your unbending supports for us, we are going to do more, besides what you have seen so far, expect more life-changing projects, but we need your supports to achieve this.”