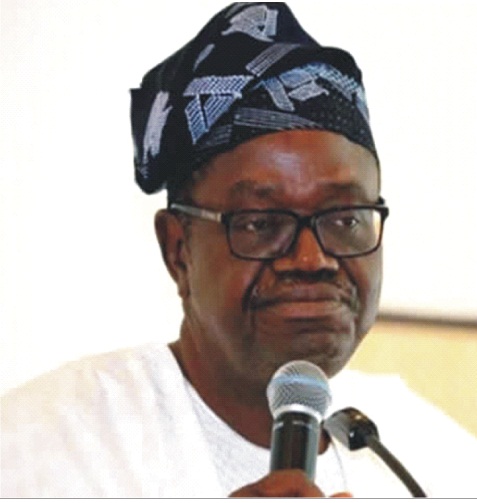 The Minister of State for Niger Delta Affairs, Senator Tayo Alasoadura, has drummed support for Ondo State governor, Oluwrotimi Akeredolu, assuring that he is the anointed candidate of Akure Kingdom.
The Minister, a native of Iju in Akure North Local Government Area of the state who spoke while addressing his kinsmen yesterday, said the candidate of the opposition People’s Democratic Party, PDP, Mr. Eyitayo Jegede, is merely wasting his time
Jegede, also a Senior Advocate of Nigeria, SAN, hails from Akure South Local Government Area..
Addressing a crowd of party supporters in Ogbese and Oba Ile in Akure North, Alasoadura said Akeredolu is the preferred candidate of Akure people.
The Minister added that it is not yet the time for Akure to produce the Governor of Ondo State, stressing that the Northern Senatorial District where Akeredolu hails from should be allowed to complete its two terms of eight years.
“I am an Akure man and I can say very confidently the position of Akure people. Our candidate in Akure Kingdom is Akeredolu because we love justice and equity.
“Akeredolu is from the North. Akure is from the Central. The Central just completed eight years, the North should be allowed to complete their eight years. When next the position comes back to the Central, Akure will take the spot because Mimiko has used the slot of Ondo Kingdom.
“Besides, my brother, Jegede is merely wasting his time. We shall defeat him in the two Local Governments in a level playing ground. Akeredolu is the man to beat in the two Local Governments in Akure kingdom,” Alasoadura said.