GOVERNOR Oluwarotimi Akeredolu’s magnanimity again played out recently and ingloriously when he ordered the reinstatement of a civil servant suspended for peddling and circulating a malicious and an unfounded  death rumour  of the governor. Characteristic of the Nigeria political rumour mills, the Nigeria social media space was recently ingloriously used by some detractors to recklessly peddle the unfounded and innately false rumoured death of Arakunrin Oluwarotimi Akeredolu, the delectable and vibrant governor of Ondo State, who doubles as the Chairman of South West Governors Forum.

THIS mindless fabrication surfaced as Arakunrin Akeredolu was rounding off his 14-day vacation, which it was believed he spent in the United Arab Emirates and Germany. At the center of the fabrication was a serving civil servant in the state who went to the social media unbridled and circulated with bogus claims that the governor had passed on. He was subsequently suspended after investigation, but the governor’s public pronouncement of forgiveness for him saved his job.

THE Hope would recall that as constitutionally required, Arakunrin Akeredolu had intimated the Ondo State House of Assembly, through a letter, of his intention to be away from his duties for 14 days, being the first instalment of his 2022 annual vacation, transmitting powers to his deputy, Mr  Lucky Aiyedatiwa, to function in acting capacity.

WHILE political merchants in Nigeria would want to profit from stories relating to the ill-health of their opponents, we are of the opinion that this redundant attitude is latently retrogressive and slanderously idiotic. This is because it is self-serving of the interests of marginal few, and done absolutely in bad faith.

WHEREAS Arakunrin Akeredolu did not tell the public he was going for medical treatment, it is a known fact that Nigeria political leaders have continued to insist on their inalienable rights under the law to seek medical help as they were doing before coming into public offices. It is on record that President Muhammadu Buhari had spent few months, either staggered or cumulatively, to access medical treatment in the United Kingdom.

AS we do not attempt to justify the sustenance of medical tourism in the country, The Hope would categorically affirms that it is morally wrong for any human being to wish his/her fellow human being dead, not to talk of the governor of a state that is making very serious sacrifices to serve his people. We like to remind us as well that every human being, carrying flesh and blood, is susceptible to sicknesses and mortality. There is no super human being, after all, and it is, therefore, not a crime to seek medical attention!

IT was a dangerous development for people to circulate mere lie, with the intent to unsettle the peace in the state, without considering the negative impacts such lack of discretion could cause the good people of Ondo State, particularly at a time of heightened insecurity in the country. No doubt, these rumour mongers are enemies of not just Arakunrin Akeredolu, but the wonderful people of Ondo State.

THE Hope is miffed by the decision of a civil servant in the state workforce to get involved in the circulation of this devilish rumour. It is our belief that such a drift, to a very large extent, is demonstrative of the warped orientation in the civil service, and abandonment of the principles of responsible citizenship. It was very commendable that the erring civil servant was slated for appropriate sanctions, and most graciously noteworthy that Arakunrin Akeredolu expended forgiveness instead of reprimand. It is expected that very serious lessons would have been learnt by all and sundry.

AS  we call for more serious cautions in the future, The Hope is unequivocal on the possibility that such a diabolic wish from the people could discourage well-meaning Nigerians to put themselves forward to serve the people, knowing sufficiently well that negative imputations would be targeted at them, with commendation not likely coming their ways. The saying is nonetheless valid that; responsible leadership begets supportive followership! 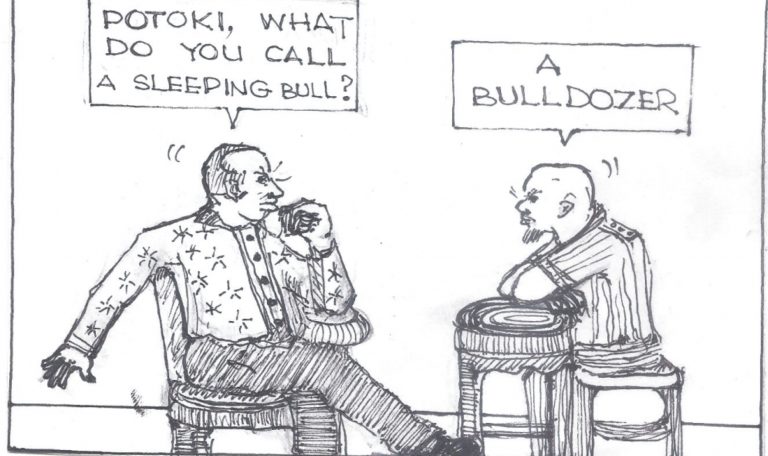