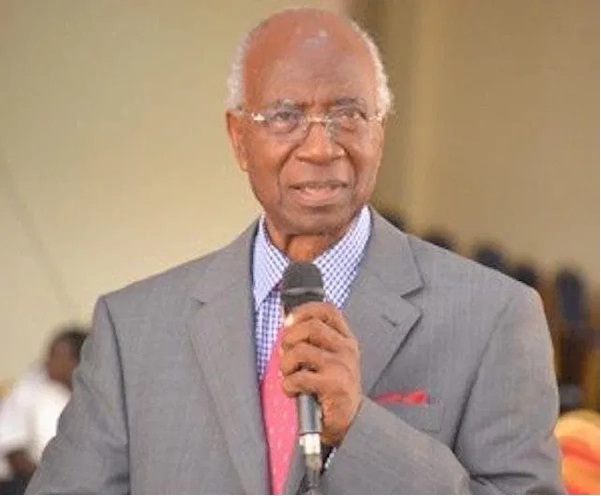 Ondo State Governor, Arakunrin Oluwarotimi Akeredolu, has visited the family members of the late Emeritus Professor of Medicine, Professor Oladipupo Olujimi Akinkugbe, CON, to commiserate with them.
Speaking at the Ibadan home of the academic giant Governor Akeredolu said the services rendered to the nation and the world at large by Professor Akinkugbe would remain indelible to both the practice and the veritable institution of medicine.
Governor Akeredolu recalled with deep feelings the life full of accomplishments with outstanding footprints lived by the late Professor in all the places where he worked tirelessly in pursuit of excellence in Medicine and academics among which are University of IIbadan, and UCH as CMD, also as Vice Chancellors University of Ilorin and Ahmadu Bello University, Zaria.
Nigerians according to the governor would forever remain grateful to Prof Akinkugbe for his rare commitment to the assignment given him by the Olusegun Obasanjo Administration to buy and equip all Teaching Hospitals across the country.
While entreating the bereaved family to take heart, Governor Akeredolu said they should take solace in the fact that the Professor had gone to sleep with his creator having known the Prince of Peace before going to rest in peace.
Responding on behalf of the family one of the children, Oluwole Akinkugbe appreciated Governor Akeredolu for finding time out of his very busy schedule to personally come to pay the condolence visit.
He was particularly happy that his late father and the governor were sufficiently close both in and outside the Church.
He said though the family members were still consulting on details of the burial programme for their father in view of the current reality brought about by COVID-I9 but that sometime in July was being considered.
Professor Oladipupo Olujimi Akinkugbe, born July 17, 1933 died last week Monday at the age of 86 years.