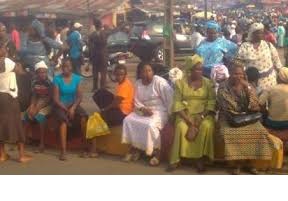 By Kayode Olabanji
|
Residents and traders in Akure metropolis have called on security agencies to assist them in apprehending some suspected fraudsters who swindled them of millions of naira under the guise of a Micro-credit finance bank, Growth Investment Company in the Ondo State capital.

The Metro Hope reliably gathered that some officials of the purported bank had approached the unsuspecting victims, asking them to make daily contributions so as to access loan facilities.

It was learnt that the fraudsters collected huge amount of money running to millions of naira from the traders and some residents before disappearing.

The staff of the company located at No 16, Bolajoko Street, in Oke-Aro, were said to have visited their clients in different business centres and shops, including individuals, promising to register them for loan.

One of the victims, identified simply as Mrs. Amazing Grace Alake, told our reporter that she was a single mother with five children.

Alake said she was at her shop when two persons came to meet her, claiming to be staff of a Micro-credit finance bank.

Her words, ” The two young men came to my shop and told me they were from a Micro finance bank, located at Bolajoko area of Oke-Aro and that they operate little micro credit and give various loans to people.

“Then, they gave me their address and I came here, this same office to meet them. I met them with one Grace Obi, who claimed to be their branch manager while one Segun said he was the Chief Executive Officer. They told me they have branches all over the country.

”I was here on Tuesday to collect guarantor’s forms for myself and other people that I had introduced to the company. Some paid N6,000 while others paid N12,000 respectively.

Alake, whose shop is located at Idanre garage, said the most painful thing was that she sold clothes worth N30,000 to the fraudsters on credit, while they promised to pay with the loan.

”And now they are nowhere to be found. Even their contacts numbers could not be reached.

”I found it hard to believe they have absconded until I came here this morning to see for myself. I am using this medium to appeal to the appropriate concerned authority to help us in apprehending these fraudsters because they are not the type of human beings we want in our society.

”I am financially down. I don’t know where to start from,” she lamented.

Also speaking with The Hope Metro,  a middle age trader, Bolanle Abimbola, said she also coordinated a group of six, where each person deposited between N6,000 and. N10, 000 respectively to qualify them for loans.

Abimbola said she was afraid to disclose the matter to one of the clients, whom she said was heavily pregnant because that could cause a problem for her.

She therefore urged law enforcement agencies to help in the arrest of the fraudsters.

Our correspondent who visited the office saw some handbills pasted on the walls of the empty office, indicating the headquarter of the company at No 60, Eaglet Abigbe street, Isolo, Lagos State, and one other branch at Araromi street, Akure.

Meanwhile efforts to speak with the landlord of the rented office apartment proved abortive.

An informed source told our reporter that the case has been reported at the Police ‘B,’ Division Oke-Aro for onward action.