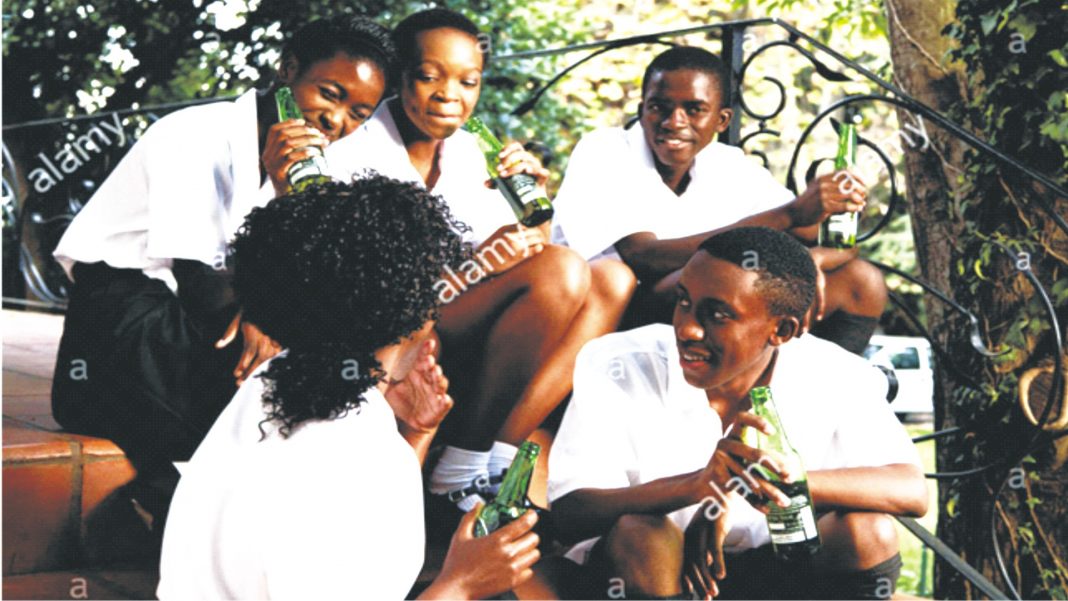 In today’s societies, alcoholic beverages consumption is rampant among secondary school students in Nigeria. This is particularly true for those in social environment with high visibility and societal influence, where alcohol frequently accompanies socializing.
Alcohol consumption contributes to three million deaths each year globally as well as to the disabilities and poor health of millions of people. Overall, harmful use of alcohol is responsible for 5.1% of the global burden of disease.
The prevalence of alcohol consumption among teenagers and especially those at secondary school level has led to a number of societal anomalies such as decline in students’ academic performance, violence and various forms of anti-social behavior.
According to the World Health Organization, Nigeria ranks second on the list of African countries for heavy episodic drinking. Scholarly sources have backed this claim.
Up to 51 percent of secondary school students have consumed alcohol at one point in time. These alarming figures have been attributed to lax policies to regulate alcohol, ease of access, and lack of implementation of a minimum drinking age by government and breweries.
Alcohol consumption is not only legal but also socially acceptable in Nigeria and the country is now slowly waking up to the reality of the growing alcohol problem among its citizens including school going children.
Recently, some students of Masbandeen, a Madrasa (Arabic/Quranic) school were brutally flogged by the school authorities.
One of the students, Nasirudeen Muhideen while speaking with journalists in Ilorin, Kwara State said that he and other culprits attended a birthday party and one of them drank a bottle of Trophy beer, while others drank Malta Guinness and energy drinks which are non-alcoholic.
Speaking on their menace, Dr Ayodeji Ayanleye, Therapist and Health Educator said, “in recent times, I’ve come to the realization that alcohol is one of the major problems facing Nigeria as a country, not just with secondary school students, but everybody generally.
Nigeria currently ranks 27th globally in respect of adults alcohol drinking (age 15+) in liters per year, making it one of the leading African countries in alcohol consumption. I feel alcohol in secondary school is just peer pressure, wanting to “feel among”. With the right orientation and religious morals, students will desist from alcohol”
Adegoke Adebiyi, foreign exchange expert, said “Sometimes when I go to the Bar to have fun, I see different kind of underage consuming alcohol, I get worried because it seems to be nobody’s business. I think there should be a regulated law or maybe ID cards signifying an individual’s age should be put in place, so as not to sell liquor to an underage individual. This is because intoxicated teens can make impulsive decisions regarding driving under the influence and causing fights, acts that get people hurt or even killed.”
I have a son in secondary school and I personally taught him how to drive just to relief me of some little errands, I can’t imagine him consuming alcohol at that age, that’s why I regularly educate him on things like this”
In his contribution, Sunday Olakunle, a businessman said “Growing up in the 70s, 80s and early 90s, buying of alcohol was expensive, at least for a teenager then.
Schnapps Aromatic Gin comes in very big bottle and not everyone could afford. But now gin comes in N50 and N100 satchets that even a primary school boy can afford.
“There are many brands of cheap satchets gin that claims to be for ” manpower” “Jedi””opa eyin” etc some of the brand names sound so ridiculous. The women who sell these alcoholic drinks do pack them in a bowl in different brands. Go to any motor park around or any busy area you will see them there.
In America you can’t buy alcohol if you don’t have an Identification Card that you are 18 and in most states 21 years. But here, parents send children to buy beers, uncles send their nephews to buy satchets gin.”
Olakunle said parents need to do more to salvage their children from destruction. He also lamented that things are so bad morally nowadays.
Olaitan Rukayat, a businesswoman while speaking with The Hope said, “I believe one out of five secondary school students that consume alcohol probably are teens whose parents, siblings, or friends are heavy drinkers and more likely to start drinking.” Se urged parents to be careful how they raise their children, and things they do in their presence for these kids see everything.