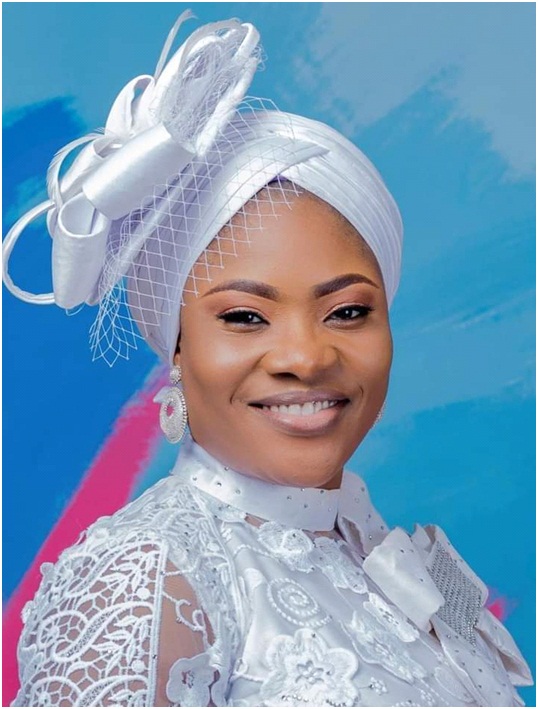 Nigerian inspirational Gospel Minister, Bolanle Oladapo also known as Bola Discovery has bemoaned the level at which alcohol and cult have replaced the role of the Holy Spirit in the industry.
She noted that change is inevitable.
In an interview with Friday Extravaganza, she said that in the yester-years, we had spirit filled people in the music ministry because they were called into it and they were not after money and fame.
Bola Discovery, an indigene of Obafemi Owode in Ogun State, said that ministering is about soul winning, impartation, miracles, signs and wonders.
According to her, “there was a wide gap between secular music and Gospel music but now it is a lot different. Most churches no longer invite some guest ministers because the spirit of God instructed.”
She said those ministers have become what the church cannot handle and don’t spend time to check Gods leading. Sometimes many souls attend the programme and still remain the same according to her.
Bola Discovery stated that it is now difficult to tell the difference between a gospel song and a secular song, saying that if an artiste cannot GBESE or GBEBODY such person won’t be invited to some programmes as a music minister.
According to her, artistes tend to lobby for events, strive to increase followers at all costs and once they get massive followers, they increase their bills.
“There are lots of gospel musical programmes nowadays with no spiritual impact. Guests are selected for concerts just to establish a relationship not because God specifically leads.
“We sing to drive the audience and not to please God and concerts have now become competitions,” she said.
The artiste noted that she was discovered at age 6 when she followed her mummy to a choir rehearsal in the CAC and she was singing alto without knowing it, but the choir master discovered her and insisted she joined the adult choir for the anniversary as an alto singer.
When asked how her parents reacted when she told them she wanted to sing, she said her daddy was the parish pastor at the time and she was in the choir with her mummy saying they were happy to see her in music industry.
According to her, though they never allowed music to get into her head as much as she would have loved .
She said her parents guided and nurtured her such that as a young girl and didn’t have so much freedom.
The artiste stated that music as a ministry cannot take care of her needs but God does.
She narrated that she received her inspiration during morning devotion, sermon in church, prayer and most times when the keyboard is being played and sometimes in her rest room.
While asked how does her hubby feel about her music, she narrated how she met her husband “He invited me as a guest minister to his church where he was the keyboardist and the music director and desired me. Then we married 7years after and he has been supportive since then.
She mentioned her husband and some leading music ministers she had the chance to meet as her role models.
Oladapo advised her colleagues to be sure of their calling saying there is difference between knowing how to sing and being called into the ministry, adding that “once that is settled let God be your guide”.
She said that they should not copy or compare themselves with anyone and they should be teachable and accountable.