Alleged camping: Why we can’t cater for them -ODSG 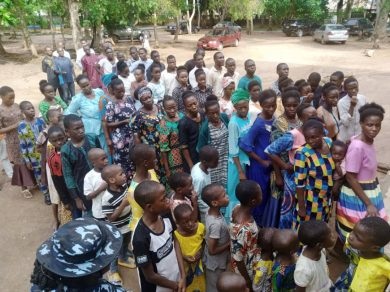 Twenty three members of the controversial Whole Bible Believer Church in Ondo arrested by the police during a sting operation have been released to their biological parents, The Hope learnt yesterday.

The State Commissioner for Women Affairs and Social Development, Dr Bunmi Osadahun disclosed this yesterday during an interview.

She however said the others who are adults have opted to stay put and solidarise with their pastor until his travail is over.

Osadahun, said the young elements will be handed over to their biological parents while the pastor remains at SIB.

The Commissioner who said that the Church is about 40 years old and the victims have long been in the church ,while some of them were even born right in the church, noted that since there are issues on the church, the police insisted that they should bring their biological parents and be handed over to them.

Osadahun informed that the reason why her Ministry couldnot take care of them is that they are behaving as if they are already under special influence.

She said for some days now, they have refused to eat, but are only on fruits and garri and insisted that until their Pastor ask them to eat.

To this end, she said they are adults and have the freedom to decide what they want.

Meanwhile, the Senior Special Assistant (SSA) to the State Governor on Women Affairs, Mrs Kehinde Adeniran has advised parents to cultivate cordial relationship with their children in order to avoid issues similar to the Ondo Church.

She enjoined parents to bring their children closer to them by advising them on what to do and what not to do, explaining that it is the only way to prevent their children from being indoctrinated by strange doctrines.