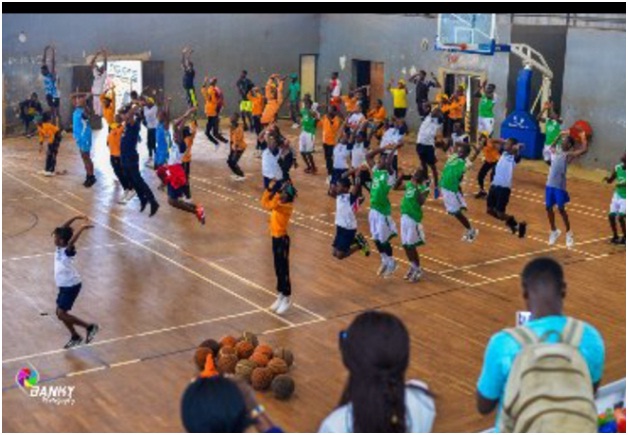 Coaches in Ondo state have appealed to parents to allow their children participate in sports at tender age.
The coaches, in a chat with Sporting Hope, stressed that allowing children to participate in sports will help them to be healthy, intelligent and ensure formidable careers in sports.
According to them, sports offer young people many job and financial opportunities that they may not have access to with the school certificates.
A cyclist coach at the Ondo state sports council, Mr Femi Bamise opined that some parents do not allow their children to participate in sports activities, because sports was initially viewed as games for hoodlums and riff raffs, adding that some parents felt their kids might be influenced to engage in nefarious behaviours.
While adding that some parents were scared their kids might be injured in the process of training or partaking in a game.
He said, “My wife does not allow my children to participate because of her fear for injuries. I had an accident as a Cyclist and I lost a tooth”.
As a way forward, he suggested that parents should encourage their children to participate in sporting activities for them to be as successful as famous athletes like Lionel Messi, Usain Bolt and others.
He also called for insurance cover for young athletes as a way to motivate parents to allow their children take active part in sports.
A football coach and Chairman of Coaching at the Ondo state sport council, Mr Tijani Ibrahim added that Nigerian culture does not allow children to participate in sport at a tender age.
According to him, “our culture do not encourage our kids to engage in sporting activities like other countries. In other countries, children from age 7 to 9 are already in football academy but here our culture only see education as a career for children.
Mr Ibrahim however said that the football council was working on a programme to enable children participate in football and would also enlighten parents about it.Also speaking, the Executive Director of the Royal Eagle Soccer Academy, Mr Johnson Perez attributed the attitude of parents towards sports to ignorance
He said most parents were not aware of the many benefits their children could get from participating in sports
According to him, parents were mostly concerned about education, ignoring other opportunities available in other endeavours like sports.
He advised that there should be proper orientation programme for parents to be enlightened about the importance and benefits of sports in the society and on the health of the children.