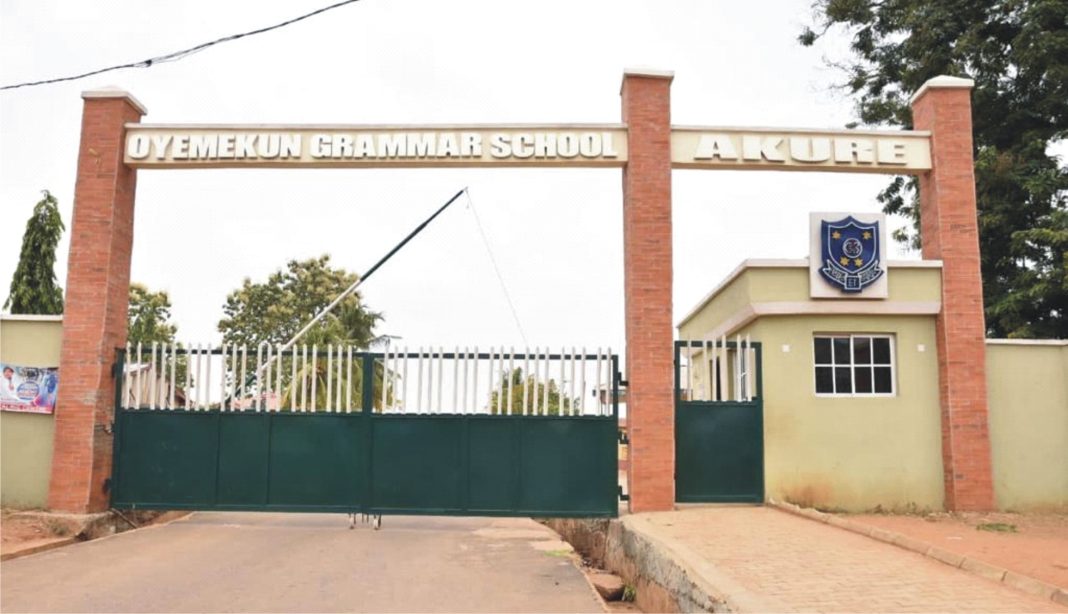 The Alumni Association of Oyemekun Grammar School, Akure, has kicked against the plan of the Anglican Church to take over the school.

The Association insisted that Oyemekun Grammar School was founded as a community school, not an establishment of the church.

The position of the alumni came up as the Anglican Bishop of Akure Diocese and Archbishop of Ondo Ecclesiastical province, Most Reverend Simeon Borokini, a few days ago, expressed the readiness of the church to take over Oyemekun Grammar School and Fiwasaye Girls Grammar school, Akure.

The Ondo state government had in March returned St Louis Secondary School Ondo town and Aquinas College Akure to the Catholic Church, Ondo diocese, in line with its plan to return mission schools to the founders.

Most Rev. Borokini said all was set as discussions and preparations were in top gear for the state government to return the two schools to the Anglican church.

“So we want to partner with the government and anything we can do to improve the standard of education and especially the moral aspect of our children, we want to do that.”

He allayed the fears of parents on the probable hike in school fees after take over, saying, “what we are going to do in Ondo state is that all dioceses will come together and invest in the proposed school takeover and this will reduce the burden, and it won’t be cumbersome for parents in any way.

“We will set up a committee and how to generate funds will be at the central level and what the church will encourage, especially our parishioners, to contribute.”

“Some other schools are ready; even their old students have been putting pressure on us not to waste time; they are looking forward.”

The state Commissioner of Education, Science and Technology, Pastor Olufemi Agagu, reiterated that the state government was ready to return schools to mission showing interest.

However, the State Chairman of the Alumni Association of Oyemekun Grammar School, Segun Olumilola in an exclusive interview with The Hope said it was erroneous for the church to lay claim to the school.

While stating that the church never informed the alumni association of its proposal, Olumilola stressed that the school was established by the Akure community and the Anglican Church was only allowed to have a church within the premises.

“As stakeholders, we should have been called to have a meeting regarding this issue. We made it clear in our last meeting on Saturday that the school is a community school, and the fact that we allow them to use the chapel in the school does not make Oyemekun theirs.

“Oyemekun is a community school owned by the Akure community. The chapel they now use was built by Oyemekun students, not them, and initially, it used to be our assembly ground.

“It is more like we lend the chapel to them and that does not confer the ownership of the school to them. So, it is wrong for them to say they want to take over the school without informing us and we would not allow such a thing to happen”, the Alumni Chairman said.