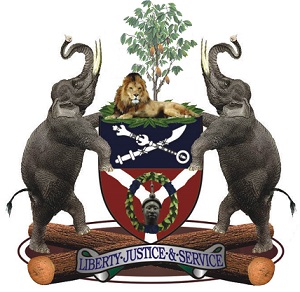 Fisayo Akinduro, Osogbo
|
The diaspora based arm of the Alumni Association of St. Charles’ secondary school Ayepe, Osogbo, known as Charleans in Diaspora Incorporated are gearing up for the maiden edition of their sports festival which is being planned to come up in December 2019.

Secondary school boys and girls within the state  will compete among themselves, representing their various schools in each sport.

About sixteen secondary schools in Osun state have already been invited for the maiden edition which features only table tennis and will be hosted within the campus of St’ Charles High School Osogbo.

When asked about their objectives for organizing this competition, the president, Mr. Yemi Ajijolaiya said that “Education, Arts and Sports remain a good combination that helps keep our youths away from crime and other negative vices that distract young people.

He noted that it is part of their responsibilities as “veteran Charleans” to ensure viable platforms are created for the young ones to express themselves in those other activities outside their core academic pursuits.

“Besides that, excellent performance in extra-curricular activities like these sometimes make school fun for students who aren’t seen as being academically bright, and some who are financially disadvantaged,  thus offering them a bait to remain in school rather than giving up on education.

“Old and prestigious secondary schools in Nigeria are fast losing their place due to poor infrastructures and the fall in the general standards of education in our public schools, except for few who have vibrant alumni associations like the Charleans in Diaspora Incorporated whose activities keep those institutions alive.”

The president said the programme will be an annual event, but only starting with just table tennis hoping to grow bigger in future editions.

This is the first time a sport contest of this kind will be organized by any secondary school alumni association in Osun state.