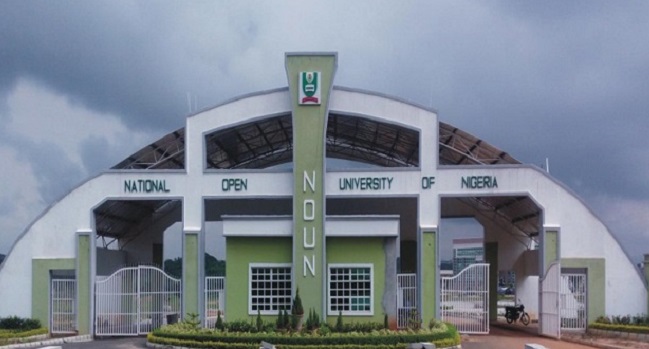 By Itunu Oloyede
|
Students of the National Open University of Nigeria (NOUN), Akure Study Centre have commended the Federal Government for signing the Amendment Act 2018 of the university.

The students who spoke in separate interviews with The Hope affirmed that the amendment act will allow those who are eligible to be mobilized for  the National Youth Service Corps (NYSC) Scheme  to go for  the programme and those who are reading Law to proceed for further training in the Law School after graduation.

According to a post-graduate student of the  university, Mr. Oluwasegun Olaoye, it is a good development as the school will be recognized like other conventional universities.

“The school has been viewed as a part time school with no privilege of  participating in NYSC. Meanwhile, the university is not substandard to others going by the programmes and  study materials among others”, he said.

Also speaking, a 100 level student, Sarah Olakunle believed that the development will add value to the university.

“A lot of secondary school leavers who did not gain admission into conventional universities have opted for NOUN for university education. NOUN is a suitable school not only for the working class, but also for admission seekers who are tired of writing JAMB. Likewise, the working class needs the certificate to upgrade themselves”, she stressed.

A final year student of the  university , Abiodun Lawal who  noted  that NYSC certificate is one of the requirements for getting employment, therefore commended the Federal Government for strengthen the university to provide Open and Distance Learning opportunities to millions of Nigerians.

Reacting to this, a law graduate, Mayowa Adegoroye averred that it is a great news for the law students who have been expecting changes in the law guiding NOUN establishment.

“We, the law graduates have been expecting this, the law school programme is very important for us because it will enable us to acquire more knowledge as a lawyer”, he stated.

To Courage Babatunde, a 300 level student, the joy of having NYSC experience and serving one’s nation cannot be over-emphasized. She therefore commended the Federal Government for the development.

It would be recalled that the Federal Government of Nigeria under President Mohammadu Buhari recently signed the NOUN amendment Act 2018.

The Pro-Chancellor and Chairman of Council of the university, Prof. Peter Okebukola recently said at a news conference in Lagos that with the amended  act, the university is now placed at par with all recognized universities in Nigeria under the various provisions  of higher education in Nigeria universities.