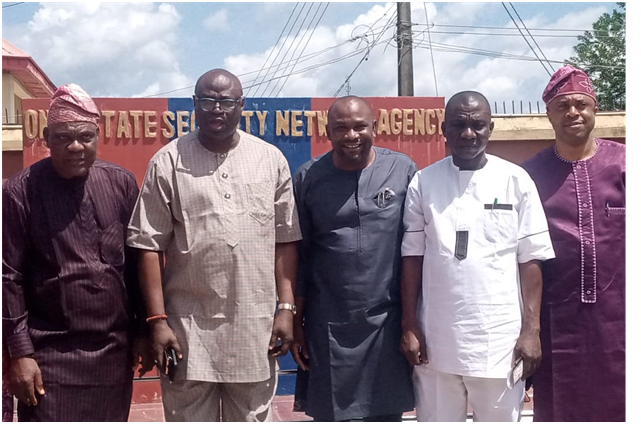 Over 1,000 suspected criminals have been arrested within the last four months by operatives of the Ondo State Security outfit codenamed, Amotekun Corps in different parts of the State.

The Corps Commandant, Chief Adetunji Adeleye gave the figure while briefing the  State House of Assembly Committee on Culture, Tourism, Security, Community Development and Cooperative Services  led by its Chairman, Ololade Gbegudu during a visit to the agency.

Adeleye pointed out that the suspects were arrested for their involvement in various criminal activities such as kidnapping, armed robbery, frauds among others.

The Amotekun boss who is also the SSA to the Governor on Security added that over 100 motorcycles have been impounded after several warnings not to operate at night, noting that the command was fully aware that 85 pecent of criminal activities were being perpetrated around that time either to get there or get away.

Adeleye appreciated the State Governor, Oluwarotimi Akeredolu for the political will accorded the Agency which he said had improved its  operations.

The Security expert  equally commended the Lawmakers for the legislative support towards the security outfit, and assured that the Corps is committed to protecting the lives and property of the people, warning criminal elements to relocate now as the command has zero tolerance to crime.

According to him, farmers are now going about their farming activities as criminal elements terrorizing some of the communities had been dislodged.

He however sought for more support to help the Agency function optimally.

Responding, Gbegudu appreciated the State Government and the Commandant, Adetunji Adeleye for improving the security situation of the State and ensuring residents are protected .

Gbegudu recalled that three years ago, the social economic activities of the people were bad because of insecurity, noting that the narrative has now changed.

Others noted that security was everybody’s business, hence the need for all to be proactive security wise .

While pledging their unalloyed support for the Agency in combating crimes, they remarked that the safety and prosperity of the citizenry is the responsibility of the government of any nation.