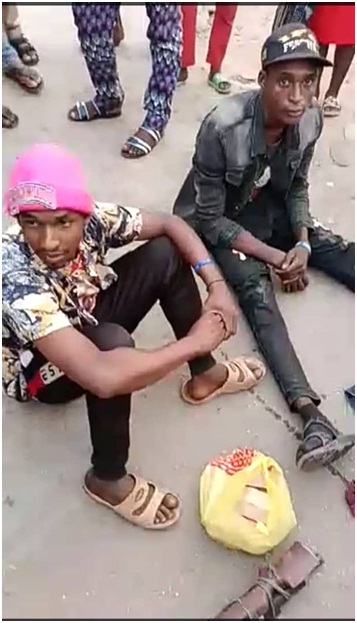 Men of the Ondo  Network Security Agency codenamed Amotekun in Ondo West local government area of the state have arrested two herders for having a locally-made pistol in their possessions.

The suspects are Umoru Mustapha, 30, and Raji labem,35,

The Hope Metro gathered that the pistol was found in their bag which they could not account for but claimed to be part of the weapons  they use when grazing.

Authoritative sources disclosed that the suspects transported the firearms from Lomileju village to Ondo kingdom where they were arrested.

The suspects were arrested when they were walking aimlessly around the Akure garage area without any destination.

According to one of the suspects, Mustapha, he said,”the local gun is used to hunt animals when grazing and not to kill human beings.

“We were coming from where we were working at Lamiteju  and going to another village along Akure road to see our people because we’ve not seen them for long.