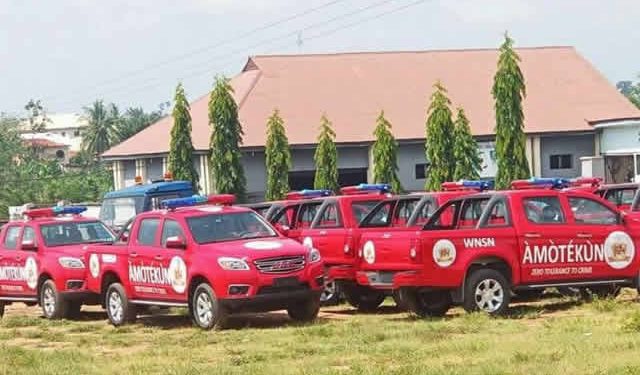 The Field Commander of Security Network Agency, also known as Amotekun Corps in Osun State, Amitolu Shittu, has quit his position in the organisation.

Shittu did not give any specific reason for his resignation in a letter addressed to the Secretary to the State Government dated 20th January 2023, a copy of which was obtained in Osogbo on Friday.

Appointed by the administration of the immediate past governor of Osun, Adegboyega Oyetola, Shittu, however, stated in his letter that while in office, he struggled with “operational challenges thrown up by the enemy within the top hierarchy of the Corp due to military intrigues, vainglory, and egoism.”

The letter partly further read, “As a man of conscience and the eternal grace of Almighty Allah, I give thanks to God for giving me the strength to carry the responsibility of the agency from day one of my appointment as pioneer Director General and the first head of Amotekun in Osun State.

“I will forever be grateful to Governor Gboyega Oyetola, the immediate past Executive Governor of Osun State, for the confidence reposed in me and the unrestricted opportunity to contribute my quota to the security development of Osun State.”

The Corps spokesperson in the state, Idowu Yusuf, confirmed Shittu’s resignation but refrained from making further comment on the development.