Anxiety, as prizes of cement skyrockets 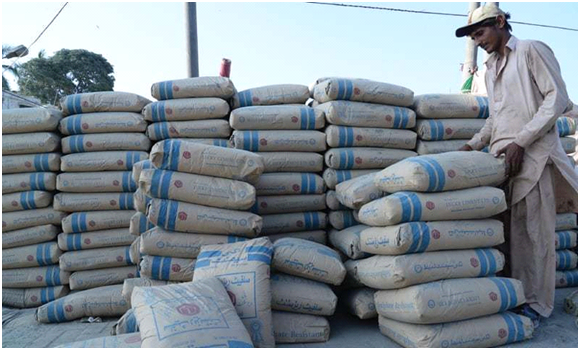 Despite the surge in the profits of cement manufacturers in the country, the price of the commodity has continued an upward surge in the last 18 months.
This is in spite of assurances by the manufactures that they are increasing production.
Consequently, the rising price of cement is causing a sharp increase in the cost of building development.
The Nigerian cement market is dominated by three players –Dangote Cement, Lafarge Africa Plc and BUA Cement.
The Hope investigations revealed that the price of a 50kg bag of cement initially rose from N2,500 to N3,600 around November 2020.
Currently, there is a huge difference in the ex-factory price of cement and the retail market price.
A wholesalers dealer in Akure the Ondo state capital, Adeleke Joseph, said a bag of Dangote Cement was sold for N3,400 from the company while wholesalers sold same for N3,600 within January and April 2021.
“The price however shot up later in the year currently selling at the rate of N4,000.”
He said BUA Cement was sold for N3,600 in the early months of the year but is now sold at the rate of N3,800 and N4,000 per bag depending on the market.
He added that Lafarge Cement, which was sold for N3,000 before July is now sold at the same rate with BUA cement.
Another retailer in Ondo, Wilson Adegoke, said a bag of Dangote and Lafarge Cement, which was sold for N3,500 each earlier in the year, is now sold for between N3,800 and N3,900.
The Hope survey also showed that a bag of cement is majorly sold between N3,800 and N4,000, depending on the location across the state.
One of the cement dealers, Wilson Adegoke attributed the high cost of the products to landing costs, adding that there is no guarantee that the price would not go higher any moment from now if urgent action is not taken by the relevant stakeholders
It was learnt that in Kano, Dangote sold for N4,500, BUA N4,700 and Lafarge cost N4,450 for 50kg.
Some of the retailers who spoke in Kano said there has been scarcity of the products in the last few days.
They said they suspect that there is a plan to further increase the price and as such the major dealers may be hoarding the products.
Adegoke noted that the rising price of cement is impeding the ability of the government to provide the needed infrastructure to promote growth.
Chairman of the BUA Group, Alhaji Abdulsamad Rabiu, had, in an interaction with journalists earlier in the year blamed “Simple economics of supply and demand,” for the rising price of cement in the country.
He said Nigeria was not producing enough cement commensurate with its population and the product’s demand.
On its part, the management of Dangote Cement Plc recently said though the company had direct control over its ex-factory prices, it, however, could not influence the pricing of the product when it gets to the market.