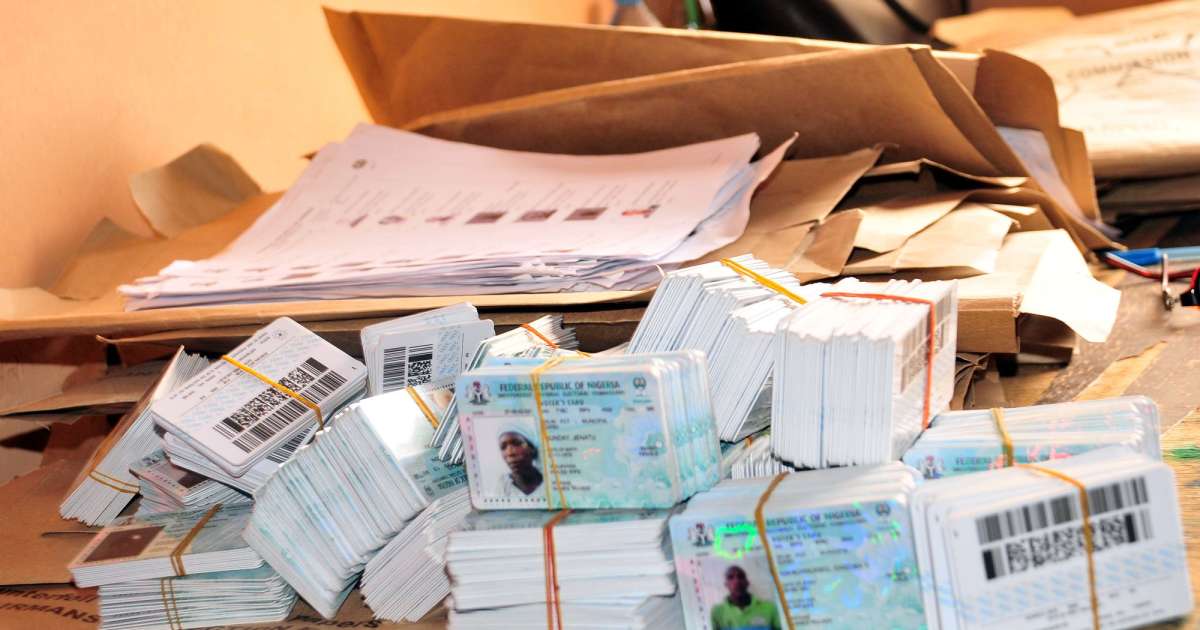 By Sade Adewale, Ondo, Biyi Akinnodi, Ore, Victor Akinkuoli, Ado-Ekiti, Jimoh Ahmed, Ikare-Akoko, Mary Agidi, Akure & Martins Fasusi, Okitipupa
|
Barely three days after the Independent National Electoral Commission, INEC, made public the Preliminary Voters Register lists in all the polling units across Ondo state, a visit to many of the polling units yesterday revealed that the units were nearly deserted by voters while some claimed ignorance of the exercise.

The Ondo State Resident Electoral Commissioner, REC in the state, Dr Akeju had on Monday announced that the exercise will hold for seven days, starting from Tuesday November 6, 2018.

Our correspondents who monitored the turnout in Okitipupa, Ore, Ondo, Ikare and Akure the state capital described voters attitude to the exercise in the state as poor.

Out of about 15 polling units visited in Akure by The Hope yesterday, no person was seen at any of the polling units checking their names.

At unit 12 Odi-Olowo, Mr Patrick Ugochukwu, a voter told The Hope that though he saw the pasted register but hasn’t gone there to check his name.

Also, at unit 008/009 Iro quarters Akure, a group of elders who claimed to have confirmed their names , sat drinking beer and covered the Registers which were pasted on the doors of a bar-shop , thereby denying voters access to the place.

Our Correspondent covering Ondo North Senatorial district reported that as at Thursday, some of the prospective voters trekked down to polling centres to check their names, but noted that the exercise recorded low turnout on its first day.

Although when The Hope visited some polling units in Ikare, none of the voters were seen at the unit while some teachers at the schools disclosed that people have been visiting to check their names but in low numbers.

A headmistress, Mrs Arinola James whose school also serves as polling unit told our correspondent that some people have been coming to check their names.

Aariola told our reporter that at about 2.00 pm on Thursday, only five people so far came to the place to check their names.

At Saint Saviour’s Primary School, Ehinogbe, Owo, which had two polling units, only two people were seen as at the time The Hope visited the place.

Speaking to our reporter, Ezekiel Janet said her particulars were correctly imputed, noting however that she was not aware that the exercise was going on but was informed by her neighbours who had earlier gone to check her name.

She attributed the low turnout to the fact that INEC did not do enough to publicise the exercise as majority of people like her were not aware of the voters list display exercise.

She however appealed to the INEC to go round the town with a publicity van to make the people fully aware of it.

Another voter, Eledunma Foluso said people were not coming for the exercise because it was not adequately publicized.

Eledunma also attributed the low turnout recorded to the refusal of people to come out because they felt that those they previously voted for did not remember them after previous elections.

According to him, they see their going to check their names as an avenue to waste their precious time which they could have used for other profitable ventures.

He however called on those holding political offices to always remember those who voted them in as a way of encouraging them to always perform their civic responsibility.

Meanwhile in Ado-Ekiti, the Ekiti state capital, our Correspondent gathered that the people on Wednesday trooped out in their large numbers to the various voting centres to check their names.

When our correspondent went around Ado-Ekiti, the Ekiti State capital in places which includes, Okeyinmi, Ajilosun, Opopo-gbooro, Adebayo, Omolayo and Ajebandele, the people were seen checking their names on the .ist as pasted by INEC.

Some of the voters who spoke with our correspondent applauded the electoral umpire for the earlier display of the names.

In his own, a commercial motorcycle operator in Ado-Ekiti who gave his name as Olanrewaju Ogunleye, confirmed that he has seen his name on the list as displayed by INEC, he explained that though, the new names displayed was not different to the one used during the July 14, gubernatorial election held in the state.

Similarly, another Olayinka Adeseluka, commended the INEC over the display of the names, and confirmed that his name was on the list.

The one week period given by INEC for registered voters to check their names across the polling units for claims and objections has been marred with complain and low turnout in Okitipupa, headquarters of Okitipupa Local government.

There was low turnout of people at Stella Marris College and UNA primary school venue of the collection for ward 1 and 2 respectively.

Those interviewed by the The Hope correspondence blamed INEC for lack of sensitization and  inadequate awareness of the general public.

At Ojokodo ward 013 in Okitipupa , one Mr. Segun Ikulala berated the whole process by blaming INEC and it officials for the hitches.

He appealed to INEC to engage in massive awareness campaign so as not to disenfranchised a large percentage of intending voters.

Also, a prospective voter, Mrs. Funke Tewe at Okeraye unit 014 complained that she could not find her PVC despite the fact that she has registered eight months ago.

She implored INEC to do everything to enable her exercise her civic duty come 2019.

In Ore, the Independent National Electoral Commission (INEC) has urged the public to check their names at the various center across the state.

A visit to some centres in Odigbo Local Government area of the state, showed low turnout of the people in places like Idi-Mango, the INEC office both in Ore Ward 10 and Oba palace in Odigbo.

And the lists were not detached as at the time of filing this report.

He urged parties in the local area to join hands with the INEC in sensitising people to check their names saying political parties has a lot to do to make the exercise successful.

Meanwhile voters in Ondo west local government area have commended the effort of Independence Electoral Commission (INEC) for pasting the preliminary voters’ registers and the distribution of permanent voters cards (PVC) in the state.

Speaking with The Hope, a party Chieftain, Mr Adedoyin Musa who described the process as a good one that this will allow people to collect their PVC and vote in the coming 2019 election.

Also speaking, at Saint Patrick ward 7 collation center yaba, Mrs Tomilola Adeduti said people have been coming to collect their PVC and some also lamented of not seeing their names on the list.

She added that some names were on the list but their PVC was not among the one at the collation center, while urging the INEC official to see to it correct the mistakes.

Also, at Saint Stephen secondary school ward 3 collation center, Mrs Adunni Idowu also lamented that her name was omitted from the list and have register since last year.

Idowu noted that INEC official has promised those that are affected to wait that another set of PVC will be ready before the election day.