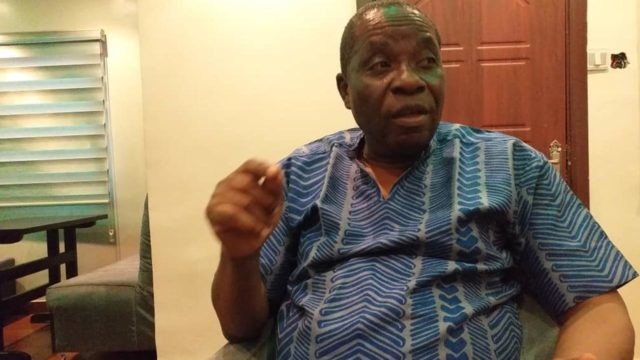 The former Vice Chairman of the All Progressives Congress, APC, in Southwest, Mr. Bankole Oluwajana has suggested that the continuity of governance in Lagos State be introduced in Ondo State.
Oluwajana while speaking with The Hope in Ijare, in Ifedore Local Government area said the continuity method of governance in Lagos has propelled the state to be independent, self sufficient and witnessed monumental development.
He said that what Governor Oluwarotimi Akeredolu has done in the last four years must continue, which was the reason the people of the state voted for him.
” The state must move forward like it is being done in Lagos State. Lack of continuity has been the setback for Nigeria. It is the various achievements of the present government in the state that the people don’t want them to stop, reason voting enmass for Akeredolu to continue with his good work”.
The APC chieftain said he has confidence in Governor Akeredolu to consolidate on his past achievements, even surpass them in the next four years..
” This is a joyous moment and I want to congratulate the governor for coming outstanding out victorious in the election. I have confidence in him that he will surpass his previous achievements for the people is Ondo State”.
On Peoples Democratic Party PDP, saying they were still studying the outcome of the election, Oluwajana said there was nothing to study about the election outcome, stressing that Eyitayo Jegede as a gentleman knows what to do like he did in 2016 by congratulating the winner.
”Jegede is a gentleman and I know him that at the appropriate time he will congratulate the winner of the election. If they are still studying the outcome of the election, they should do so in time, but they must do the appropriate thing first.
Also speaking on the outcome of the election, a chieftain of APC, Barrister Isaac Kekemeke described Governor Akeredolu Oluwarotimi as the best on the ballot out of the contestants.
He described the election victory as a good job for the state as it will galvanize the state to greatness.
” The people of the state have spoken loudly with their votes that Mr. Governor is the best out of the contestants. What should now be the focus of the governor is to consolidate on his achievements in his first term and do more for the state in the next four years.