Are libraries going into extinction? 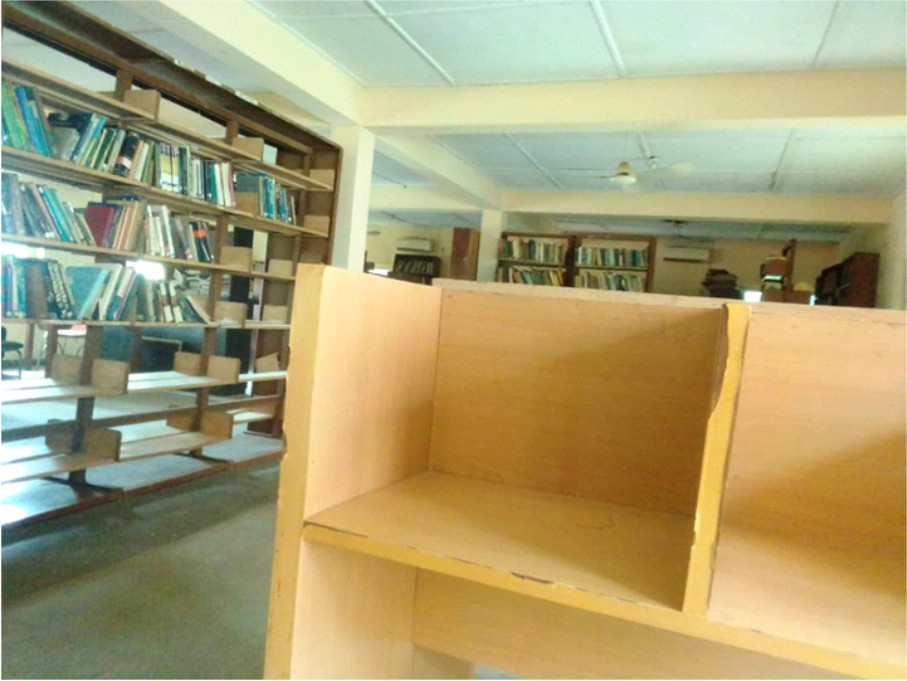 It has often been stated that knowledge is light. The Holy Book even says that “My people perish because they lack knowledge.” That shows the importance of adding to whatever one already knows. One of the ways people add to knowledge is reading. No wonder academic institutions usually have libraries where students, teachers and even non-academic staff who are interested in adding to their knowledge can consult materials that will help them to achieve that. In some cases, one can even find libraries in homes and offices of certain learned individuals.

Talking about the library, its origin dates back to thousands of years ago. The first library, according to historians, was located in the ancient Middle East, established by the 7th century BCE Assyrian ruler, Ashurbanipal, in Nineveh. It contained between 25,000 and 30,000 cuneiform tablets assembled by topic. Many of the books in that library were archival documents, scholarly texts, and works of literature, including the ancient Epic of Gilgamesh.

The Library in Alexandria, Egypt, was believed to have held as many as 700,000 documents from Greece, Persia, Egypt, India, and other regions. Other reputable libraries in the ancient world included the Bayt al-Ḥikmah (House of Wisdom) in Baghdad, established in 830 CE; and the 10th-century library of Caliph al-Ḥakam in Cordova, Spain, which boasted of over 400,000 books.

Greek temples were known to possess libraries which were useful to the philosophers of those days, such as Plato, Aristotle and Socrates. Athens was known to have had institutional libraries as early as 4th century BC, containing books that were handwritten on payrus and parchments.

Here in Nigeria, according to NigerianFinder, an online platform, the history of libraries dates back to the 1930s when the government established the Nigerian division of West African Library Association (WALA). About 20 years later, a Library Advisory Committee was established by the Nigerian government which later led to the christening of WALA as Nigerian Library Association (NLA) in 1962. This committee worked out plans that led to the creation of the National Library.

The National Library was regarded as the vanguard of Library development and information services delivery, advising institutions, organisations and MDAs at all levels on library development.

Meanwhile, following the establishment of a Library at the University of Ibadan in 1948, the Eastern Regional Government around 1959 created a Library in that region. It also created a five-year plan to develop regional libraries and mobile ones with over 1600 books.

Dr Nnamdi Azikiwe reportedly donated 12,000 books and magazines, alongside 1,000 journal issues to the library of the University of Nigeria Nsukka (UNN) library which was established in 1960 and named after him.

There are also private libraries across various cities in Nigeria. Worthy of being mentioned is the fact that, the advent of internet has revolutionised the library system in many parts of the world, and Nigeria is not an exception. There are now many online library platforms, such as Scribd, Zendy, Global Digital Theological Library, Open Library, JSTOR, OverDrive, Google Books, Amazon Books and many others.

While it is not a bad idea to have online libraries, especially in view of the need to save our forests (since soft wood that is used to make paper, and by extension books, comes from the forest), patronage of libraries appears to be dwindling. Many physical libraries are beginning to become shadows of their former selves. This is even made worse by the drop in reading culture of Nigerians generally, not just the youths. A lot of libraries are in a dilapidated state, abandoned and lacking in funds, alongside other resources that should keep them running.

The Chief Executive Officer of the National Library of Nigeria, Prof. Chinwe Veronica Anunobi, lamented the current state of the national asset, saying it was on the verge of shutting down due to paucity of funds and lack of adequate personnel to handle some key responsibilities.

The national librarian, who said the library was operating with 2001 staff in 2013, regretted that the staff number had reduced by 500, making its operation difficult. Prof. Anunobi added that the National Library was grossly underfunded, saying the poor funding was making it difficult to purchase most materials needed for 21st Century libraries.

Anunobi also lamented the dilapidated structure and location of the corporate headquarters of the National Library of Nigeria, saying it was hindering its smooth operations. She called for an immediate rejuvenation of staff, saying such was necessary if the National Library would be able to continue performing its role of providing people with knowledge.

The Non-Academic Staff Union of Educational and Associated Institutions, NASU, equally expressed worry over the neglect of public libraries in Nigeria.

In a resolution at its regular meeting of the examination bodies and Libraries Trade Group Council in Abeokuta, Ogun State, February, NASU lamented that most public libraries were in deplorable state as a result of inadequate facilities, poor funding and under-staffing of national and state libraries.

Mr Dickson Tunde Ademodi, a principal librarian from Adekunle Ajasin University, Akungba-Akoko, blamed the current low patronage of libraries on the attitude of the present generation of students, saying that they are more interested in pleasure than studying, unlike students in the past.

He also blamed the trend on ICT and social media, saying that while the coming of ICT is expected to increase education tremendously, the reverse has been the case.

“Students would rather spend time surfing the internet. Actually, they have a lot to learn there but that should not be the primary source of information. Information from the internet ought to build on the one they have acquired from the library,” he said.

Mr Ademodi equally pointed out that a lot of youths grew without a proper orientation about the use of the library because they hardly encountered a library before entering higher institution. Buttressing this fact, the seasoned librarian said that most of our primary schools do not have reading rooms, and even the secondary schools, apart from a few private schools, do not have libraries. He pointed out that the ones that have libraries lack competent hands to manage them.

Therefore, while noting that the library is significant in the education of a child, Mr Ademodi recommended that government should establish well equipped libraries in public primary and secondary schools. That way, children will imbibe the culture of reading from an early age and will be able to sustain it when they get to higher institutions.

Similarly, Dr Salman Adisa from the Guidance and Counseling Unit of Ahmadu Bello University, Zaria, pointed out that most students no longer rely on libraries because they easily get materials they need online, even though such online materials may not be as detailed as the hard-copy books in the libraries. Another causative factor he identified is that most libraries nowadays contain outdated materials which need to be updated, before students can patronise them.

While pointing out that libraries can be revived if the government will invest in them, Dr Adisa blamed the poor writing skills and inability of many students to review papers during projects on the fact that they are no longer exposed to good books.

He said, “It’s when you read that you will know how to review, but most of them simply do ‘copy’ and ‘paste’ online.”

He, however, opined that reading culture could be revived if the government would embark on effective orientation about the advantages and provide adequate facilities in the libraries.