Are youths ready for future challenges? 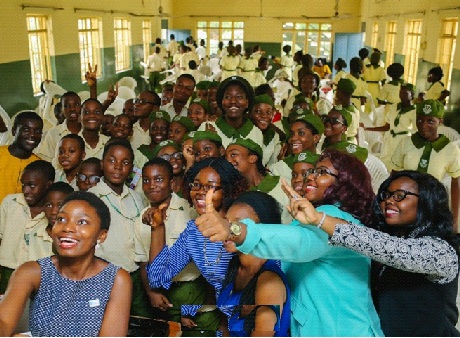 Last week, youths congregated at the M.K.O Abiola Democracy Park, where they embarked on a commemorative march through the Oja Oba market to the Cultural Centre and other streets in Akure, dressed in colourful attires, putting on green caps, singing.

In Lagos, youths congregated at the Lagos State Secretariat, Alausa, Ikeja, arriving with commemorative cakes and white and blue dresses, with nose masks on their faces, holding bags and other materials, their faces sunny.

In other places, youths also gathered virtually, through zoom and other media, bright looks on their faces, as they listened to important dignitaries speaking to them in webinars viewed all around the world.

These activities took place over the celebration of the United Nations International Youth Day (IYD). In Lagos, the Carrington Youth Fellowship Initiative (CYFI) of the US consulate general inducted 50 Nigerians into its 2022-2023 programme cycle during the exercise, mimicking the celebration taking place in Akure and other Nigerian cities.

In Akure, the celebration also took place for the government to reaffirm its commitments to youths. In other places in the country, the celebration aimed at bringing together Nigerian youths of “exceptional vision, skills, and experience” to design and implement projects that would have a positive impact on society. Internationally, the celebration amplified the message that action was needed across all generations to achieve the Sustainable Development Goals (SDGs).

Dissatisfaction marks past youth actions. The high rate of unemployment among youths and other classes of able-bodied Nigerians forms the reason for poverty across Ondo State, said Pastor Jide Ipinsagba, a senatorial aspirant in the state in February. Unemployment cuts across boundaries of age, sex and educational status of people in Ondo State, but it is most pronounced in youths, said an unemployment survey conducted by the Research and Statistics Department , Ministry of Finance and Planning, Ondo State.

Nationwide, the second-quarter Q2:2020 unemployment rate among young people (15-34 years old) reached 34.9%, up from 29.7%, while the rate of underemployment for the same age group rose to 28.2% from 25.7% in Q3, 2018, according to the National Bureau of Statistics.  These rates were the highest when compared to other age groupings, with  Nigeria’s youth population eligible to work stagnating at about 40 million,  out of which only 14.7 million are fully employed and another 11.2 million are unemployed.

Internationally, the International Labour Organization (ILO) estimates that the global youth unemployment rate got to 13.1% in 2016 (71 million young people) and remained at that level through to 2017 (up from 12.9% in 2015). The share and number of young people in emerging and developing countries who live in extreme or moderate poverty despite having a job outnumbered the figure in the developed world. In fact, 156 million or 37.7 per cent of working youth lived in extreme or moderate poverty (compared to 26 per cent of working adults).

With 37.7 per cent of working youths living in extreme or moderate poverty, it shows the condition facing youths are poor. However, it mirrors the situation taking place all over Nigeria, so one isn’t surprised about such programmes as the International Day of Youths took place both locally, nationally, and internationally.

Also, young people living in Nigeria are among those most at risk of the impacts of climate change threatening their health, education and protection, according to a UNICEF report. In fact, Nigeria ranks second among these most-at-risk countries, just after the Central African Republic. The UNICEF report found Nigerian children highly exposed to air pollution and coastal floods, but also that investments in social services, particularly child health, nutrition and education could make a significant difference in their ability to safeguard their futures from the impacts of climate change.

With millions of youths exposed to water scarcity and other vicissitudes, their lot verges on the dangerous, and it’s not surprising that nearly half of the world’s 2.2 billion exist in a high-risk manner. Add the air pollution and coastal floods to the innumerable challenges faced by Nigerian youths in particular, and the need for mitigation measures becomes obvious. Unfortunately, answers prove few.

Youths must be knowledgeable to discern whom to follow and what to do  these days, they should not allow  themselves to join undesirable companies due to ignorance, said Dr. Akindele Ige, the guest lecturer at the International Youth Day celebration in Akure.

The Nigerian government must play its constitutional role by creating enabling socio-economic and political environment including the provision of infrastructure to make industrial and climate investments friendly, in order to absorb the unemployed youths, said Patrick Uddin of the Ambrose Alli University, one of the authors of a study on youths.

Youths want jobs, but they also want to survive the coming calamity posed by climate change. The International Day of Youths provided a veritable forum to debate how they would cope with the coming challenges.