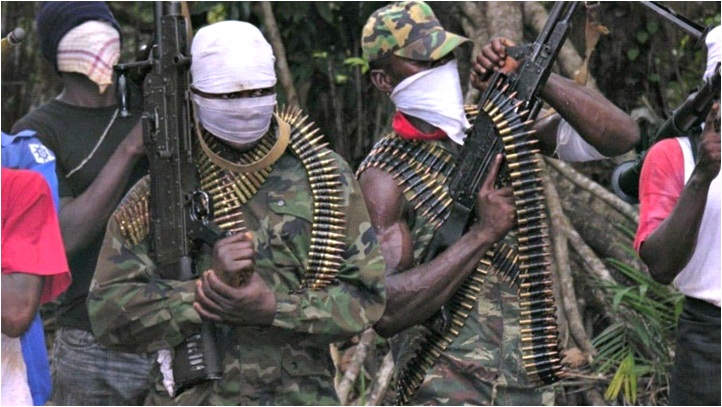 The suggestion by some state Governors that every Nigerian should be allowed to bear arms to defend themselves have been condemned by security experts.
The experts also described the statement of the governor of Bauchi State, Bala Muhammed, on Fulani herdsmen bearing AK47 to defend their cows as reckless and irresponsible.
According to them, if other Nigerians, especially the farmers, whose farmlands and crops are usually invaded and destroyed by the herdsmen and their cattle should also use AK47 to defend their farms and crops, the situation could best be imagined.
The experts, who spoke with The Hope in separate interviews, said that the decision would lead to chaos and exacerbate the current insecurity situation in the country.
Recall that Governor Samuel Ortom of Benue state had in August 2020 suggested that every Nigerian should be allowed to bear arms for protection while his counterpart from Taraba State, Governor Darius Ishiaku also suggested same this month.
Reacting, a three time Commissioner of Police, Mr Adetuyi Samuel said the governors spoke out of emotions, saying such idea would lead the nation to the Golgotha.
“It is a recipe for chaos. It will lead us to nowhere because even in those countries, where people are allowed to carry guns freely; there are institutions and structures that are capable of taking care of any misbehavior by anyone.
Here in Nigeria, we do not have such luxury and such capacity to do it. So, it will be taking us to Golgotha if we adopt that.
He however recommended that the security apparatuses in the country should be empowered with modern crime fighting technology, adding that the nation could also seek help from the developed nations regarding her insecurity challenges.
“What Nigeria need at this moment is to drop our pride and seek for assistance from countries that are properly developed.
“If you look at the system now , the system has not been properly taken care of as far as security is concerned and that is why we are having all these problems. If we are looking for a proper way out, Nigerians must move away from all these ideas that will not take us anywhere.
“Government must give capacity to the police. They must give equipment that are consistent with 21st century technological advancement, not talking of everybody carrying gun; it will not take us anywhere”, the ex-Commissioner of police said.
Mr Femi Aratusin-Ale, a London based security expert, said if anybody were to carry AK47 and other sophisticated weapons in Nigeria, there would be anarchy, chaos which may eventually lead to a full scale war.
Aratusin-Ale stated that, with everybody carrying AK47, people will be chasing themselves about like hunters hunting for games.
The security expert said this might finally consume Nigeria.
According to him, the development will further heighten the insecurity in the country since everybody would want to defend himself against any act of provocation by anybody or group.
According to him, with no training on the use of such sophisticated weapons, Nigeria is condemned to self destruct.
Mr Aratusin-Ale however called on President Muhammadu Buhari to nip the looming anarchy in the country in the bud by taking the issue of security seriously.
On his own, a member of the Community Policing Committee in Ondo State, Alhaji Ibrahim Kilani, said the use of fire arms by anybody in the country without license or authorisation can lead to chaos and indiscriminate killing of fellow Nigerians.
He posited that all the kidnappings, abductions, banditries going on in the country are being carried out with Ak 47 by the perpetrators.
According to him, if we continue on the illegality, many will be killed.