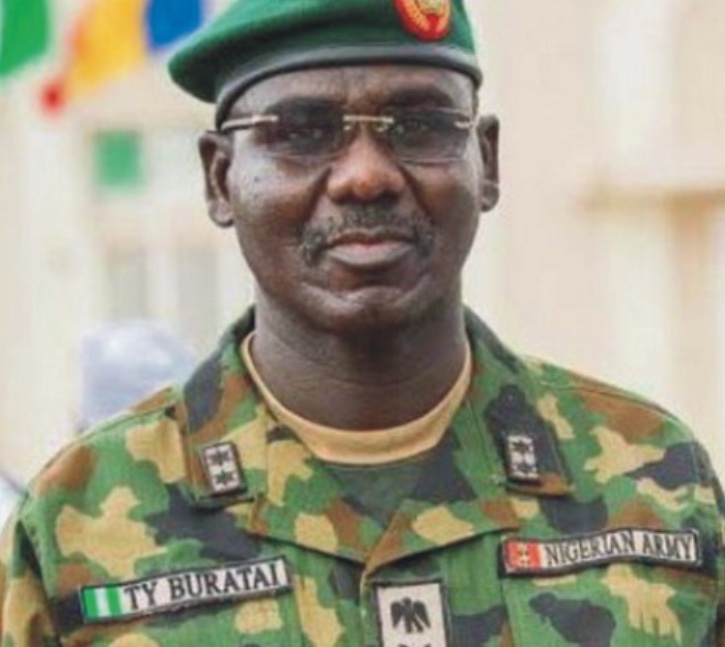 The Army officer, Captain D. Gana who was kidnapped alongside two others in Auga/Akunnu Akoko road, Akoko area of Ondo State few days ago have been rescued. The Hope Metro has  learnt.

The men of the Nigeria Army 32 Artillery Brigade, Akure, confirmed that the kidnapped officer, Captain Gana, was rescued with other abductees at the early hours of Thursday at a forest, Ibilio in Edo State.

The Hope Metro had earlier reported that the military officer and other travellers were abducted on Monday evening around Auga Akoko- Ibilio Edo axis on their way from Abuja to Ibadan.

Consequently, the kidnappers  reportedly demanded N20 million ransom for their release from their families.

It was gathered that the rescue operation involved a joint effort of the Nigeria Air force, the 19 Battalion and others sister agencies.

Spokesman of the Nigerian Army 32 Artillery Brigade, Akure, Captain Ayorinde Omojokun, told newsmen that a combined team of the Army and other security agencies rescued the military officer without paying any ransom.

He further explained that the people were rescued at the early hours of yesterday saying, they are now under observation.

But the kidnappers were said to have escaped from their den where the victims were kept as the men of the Nigeria Air Force placed heavy watch on the location.

No arrest was made so far. But the security teams were still combing the forest.

Meanwhile, some community leaders in Auga Akoko, where the military officer and others were abducted have expressed fears and concerns over the incident, as the news of the rescue filtered into the town.

Speaking on the development, the Regent of Akunu Akoko, Princess Tola Orogun, who frowned at the incessant kidnappings around Akunu,Ikakumo and Auga axis, said the area deserved the attention of government in order to save the lives and property of ordinary citizens and innocent travellers passing through the area.

Princess Orogun appealed to the government to increase the number of soldiers at the military check points in the area, while she said the police should embark on frequent motorised patrols so as to checkmate the activities of criminals in the area.

Similarly, the Alauga of Auga, Oba Samuel Kehinde Agunloye lamented that many farmers were reluctant to go to their farms for the fear of being kidnapped.

Oba Samuel Agunloye said he was not happy at the turn of events as Auga- Akoko, which is the food basket of Ondo State was having terrible times in the hands of kidnappers and armed robbers who frequently operate in the area.

According to him, the ugly development has greatly affected the food production capacity of the place.