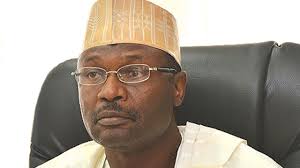 …as it ’ll engender tolerance

They explained that the step was in a right direction that would make democracy more vibrant and less costly for government to maintain.

Speaking with The Hope, the State Director, Media and Publicity of the All Progressives Congress, APC, in Ondo State said it is a good development and called on the commission to look forward to reduce more political parties so as to have in place competitive election in the country.

“We don’t have problem with the political parties before they were deregistered. Even in the state the major opposition party is the weakest to APC.

The Peoples Democratic Party, PDP, noted that any unviable party has no reason to be registered , saying that political parties are expected to win an election.

“The State Director,Media and Publicity of the PDP, Mr. Zadok Akintoye said ” Any political party that cannot win an election or a seat, there is no reason such party should be allowed to contest an election”

On his part, the State Chairman of the Social Democratic Party, SDP, Chief Korede Duyile, pointed out that the decision of the INEC to deregistered political parties was good for the country’s democratic system.

Duyile, said the SDP won a political seat in the House of Representatives, adding that this enabled the party not to be deregistered by the INEC.

Also, the State Chairman of the Zenith Labour Party, ZLP, Chief Joseph Akinlaja said the described the decision as a good development in line with democratic guideline in the country.

Akinlaja who was a former member of the House of Representatives suggested that the political parties in the country should not more than five so as to engender tolerance among parties and people in the country.

The State Chairman of the African Democratic Congress, ADC, Mr. Bisi Ogungbemi posited that the political parties were deregistered for not being viable and could not meet the test of time.

He said “They were formed and registered to confuse the masses”