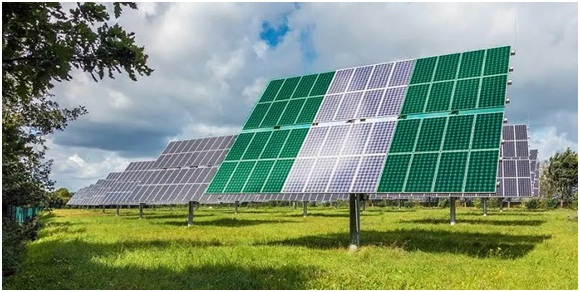 Considering the importance of stable power supply to the growth of any economy, some Nigerians have accepted renewable energy as a solution to shortage of energy in the country.

The Federal Government, in a bid to curtail the epileptic power situation in the country, has spent trillions of naira from 1999 till date. On most days, however, it is only able to dispatch around 4,000 MW, which is insufficient for a country of over 195 million people.

According to media reports, Nigeria does not generate enough to meet its energy demand. The current generation potential is around 12,522MW with average output of 4,000MW. With estimated demand between 8,000MW and 17,000MW, there is a shortfall of at least 4,000MW.

Under transmission and distribution, media reports noted that, “Only a small fraction of the generated energy actually gets to the end user. Installed transmission capacity or the maximum amount of electricity that can be transmitted under ideal conditions is 8,100MW, and the peak transmission has been 5,459MW.

“Further, only a quarter (3,100 MW) of the current generating potential reaches the end user, signs of a highly inefficient value chain. On top of these inefficiencies, the transmission grid’s outdated and worn infrastructure makes it highly prone to frequent system collapses.”

The lingering electricity deficit affects the country on multiple levels: at household, business and even at macro or economy level.

At the household level, media reports noted that, over 40 per cent of Nigerian households own generators and bear the associated costs. First, the cost of purchasing generators, an estimated $500 million between 2015 and 2019, is higher than the proposed capital expenditure in Nigeria’s 2022 budget. There is also the cost of powering these generators. Sources and estimates vary widely, but the African Development Bank (AfDB) estimated that Nigerians spend $14 billion fuelling petrol or diesel powered generators.

According to experts, if all the solar energy that reaches the earth’s surface can be captured, they will continuously run a 25-inch TV on every square meter of the earth and still have leftovers. But instead, what humans prefer using are coal, oil, and natural gas, sources that are non-renewable, and will sooner than later, run out.

Science has shown that if we continuously use oil and gas, they will run out in the next 50 years while coal will ‘disappear’ in the next 115 years. Beside, coal, oil and gas are polluting the planet earth and destroying its ozone layer, hence worsening the climate change crisis.

According to scientists, solar energy will not be exhausted even in the next 5 billion years; a statement to its renewability.

Experts in renewable energy last month said that more Nigerians embraced the use of renewable energy in the first half of the year due to poor electricity supply and increase in prices of petroleum products.

Renewable energy has continued to grow and gather momentum despite global uncertainties. According to media reports, worldwide renewable generation capacity amounted to 3064GW by the end of 2021, expanding the stock of renewable energy by 9.1 percent.

Mr Sam Nwosu, the Secretary General, Council of Renewable Energy Nigeria, said that there had been a surge in the number of Nigerians now using renewable energy.

He said that the recent spate of blackouts had made everyone start looking for alternatives and the most viable alternative now was renewable energy.

“Climate change will make it compulsory that will shift to renewable energy completely, fossil fuels are the dominant cause of global warming, gradually the earth is damaging. Nations across the world are going 100% renewable energy, it is the future and it’s clear already, renewable energy is sustainable because we derive energy from the sun, it would be like that till Jesus Christ comes”

“The world is adopting renewable energy at an unprecedented rate, with solar power leading the way and the shift towards energy transition is a significant factor in the rise of renewables” he added.

According to Richard Essein, a social commentator, said  “When we look at it the right way, Nigeria has more average daily sun exposure than most of the world’s nations, and that’s fact. The Solar renewable energy therefore presents a unique opportunity to transform the energy landscape and completely solve the energy crisis, but these renewable energy plants are not that affordable, not everybody can afford it.. I have an inverter at home, I bought each for N150,000 and for a 3-bedroom flat like mine, I will need a double, making N300,000. An average Nigerian that earns the minimum wage can’t afford this… it is the Nigeria government that should embrace this renewable energy and make life easy for everybody” he said .