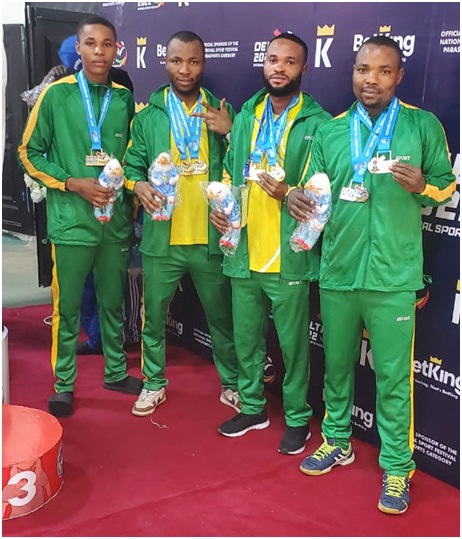 Ondo State Table Tennis Association Head Coach, Dotun Omoniyi, in chat with newsmen said he was happy to maintain his record of wining gold in all the festivals he has attended.

Omoniyi said he lost men’s team final to Delta and had to settle for silver, due to hard luck,but had to pysche his players that, “we are Ondo State, forget all the pressure, we must win for Ondo State.”

“The performance is very okay for me , last festival we won two gold and one bronze medal. One of our key players is in Tunisia,that is Mati Taiwo, but I told them that all of you are important and we must win medals,” he said.

Omoniyi however re-echoed the belief of his counterpart from Rivers State about the numbers of matches being played per day, saying, ”in a day you can’t play more than three games at a row.

“But you see the first day we came here, I count the number of games an individual played,we played more than nine or ten matches which is too much, since that day we did not rest we go home late and back in the morning,

Which led to sport fatigue for all these players, but I can’t say it contributed to my performance, my players did very well,” he said.

Adeleke added that one of his players competed in about five games on Monday alone and there was no time for recovery as all Table Tennis events must end same day.

“What I can say is that the time we played all our matches were short the days they gave made most of our players to be tired.

“One of my players played from first round to fifth round today alone before now playing final and he must be tired. Table tennis is a game of chance, we all came to win,” he said.

More medals in sight for Ondo State as, Timilehin Ijalade qualified for final in Wrestling 57kg category, while Favour Bankole battle for bronze medal in 59kg  as she lost her bout in quarter final.