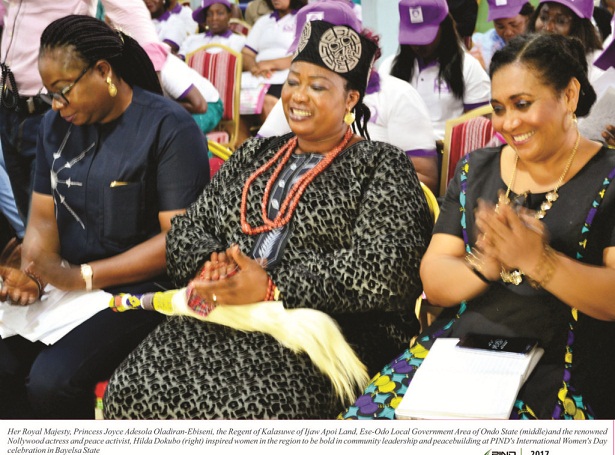 By Jubril Bada
|
The Women for Women Association, Ondo State chapter has called on all political parties that will participate in the 2020 governorship election in the state to pick female as their deputy governorship candidates in the election.

The group said  that where this is not done, a female must be nominated as Secretary to State Government when a party eventually emerged winner in the election.

This was part of demands contained in a communique issued by the group at the end of strategy development session during the commemoration of 2019 International Women’s Day held in Akure.

In the communique, the association called on all leadership of political parties in the state to match up their words on inclusive governance with action.

It also demanded increase in the number of female commissioners in the state cabinet as the low number of women in appointed decision making positions is no more acceptable.

Participants at the event, the communique revealed were jointly conducted a historical scan of women political representation in the state over a -20 year democratic period starting from 1999 – 2019.

The historical scan reflected the persistently low representation of women in elective positions over the years.

The group observed the same trend as the state has just one elected female member of the State House of Assembly at the just concluded 2019 general elections while there was no female representatives in the upper legislative arms.

The group according to the communique attributed the situation to high cost of nomination form, poor preparation and planning on part of  the contestants, financial cost of campaigning, resistance of female candidates by other women, and attitude of political leadership who relegates women to the background in politics.

Others are : Poor utilization of ICT and social media among women, low understanding of technicalities of watching votes on election day,  stigmatization of women who are widows and single mothers in political settings among others.

Various strategies were highlighted to help push for better visibility of women in the state which includes  setting up of pressure group and lobbying for better numbers of women, mentoring of women with political dreams in preparation for 2023 general elections and gathering of financial support for women who run for elective positions.

The group, therefore, called on non-governmental organizations and bilateral organizations to come to the aid of women in the state in their bid for equitable representation.