ASUU and attendant woes on education 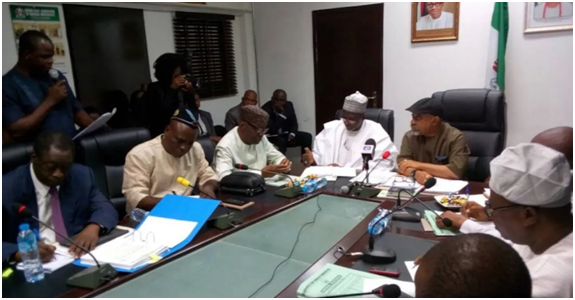 The age-old running battle between our public universities and the Federal Government (FG.) ostensibly to protest the dilapidated infrastructure and ruins within the system which has demeaned on average public university the presumably citadel of learning, scholarship and research to a glorified secondary school.

While in actual fact, the lecturers are fighting tooth and nail for an improved better condition of service and munificent fringe benefits at least to conform and compare to their counterparts in advanced economics of Europe and America.

From the onset, it is opposite to make touching remark  of urgent national importance on education vis-à-vis the seemingly insatiable desire for hike in salaries/allowances of work force in the tertiary institutions.

This is out of multitude of workers in various sectors of economy chasing for wage increase within the limited resources accrue to government coffers.

Indeed, the high priority which some state governments often extend to education especially at primary and post-primary levels as social welfare to alleviate some problems of the down-trodden obviously provoke the envy, greed and rabid jealousy of the neo-colonialists and fascists serving as planners, advisers and in all sorts of offices known and unknown in the Federal Government at every political dispensation.

More often than not, this bunch of sinecurists, hanger-on and dubious groveling apologists perhaps throw spanners to the policies and programmes of government.

Perhaps, most of them are not comfortable with Federal  Government thinking cap to embrace and forth with implement UNESCO specification in committing 26 percent of annual  budget  to education in developing countries.

The ASUU members must not be oblivious of the fact that this endemic knotty problem predates the on going political dispensation. The struggle started from the giddy days of the jackboot. And it continues adnauseam perhaps due to prevailing political circumstances that the military merely relinquishes political office but still in firm control of administration of the country.

I can still recollect, Professor Wole Soyinka, the first African Nobel bureate miner literature, an enigma in the field of education as a celebrated university teacher and professors of English/comparative studies in University of Ife (OAU). In recent years due to incessant strike actions not compatible with the development of education in any clime, Prof. Wole Soyinka recommended a long closure of the nation’s public varsities at least say two academic session for all stakeholders to brainstorm on which way forward.

Since the military formally relinquished hold in the government and handed over to the so called democratically elected government, the ASUU/FG. Crisis still persists with no permanent solution in sight.

No doubt, this ASUU/FG, trade dispute has assumed national crisis of mult-dimensional proportions that defy ultimate solution. It exerts grave tolls on the primary and post primary institutions.

As education starts from the cradle to the grave, the nursery/primary and post primary institutions are at the mercy of rapacious shylock and mercenary school proprietorship and so called entrepreneurship out to maximize and make exorbitant profit on education.

The standard of education has crashed down irretrievably  and fallen to the lowest ebb.

Some Nigerian alite who earlier on ridiculed and politicised lofty idea of free education and investment on the cause of popular education and enlightenment in the country now goes ahead to establish their own elitist private varsities and higher institutions which are beyond the reach of the common man. Thus subverting the tone of public tertiary institutions from playing strategic role of enthroning classless society.

To add insult to injury few of the Nigerian elite who are old and advanced in age foul public space by propounding puerile, unworkable solution, shedding crocodile tears having inflicted irreparable and psychological damage and wrongs on the nation that only grace of God can heal.

The fear of ASUU strike is not only the beginning of wisdom for the incoming civilian government to proffer lasting solution to the crisis but to consolidate good governance on a sound and good education accessible to all and sundry.

Federal Government must be very resolute and aggressive right now to salvage already collapsed education, to halt the antics of some reactionary elements of dubious right wing, petty bloodshot capitalist agents in shrewd collaboration with neo-colonialism and fascism working in concert with their friends and business  vested interests in government to frustrate education policies to move the nation forward.

No self-respecting government in a depressed economy like Nigeria will risk to preside over the collapse of education industry considered as the engine room of national development.

Towards this end, ASUU and the Federal Government should end their endless legal tuzzle, state of acrimony and bile over the niggardly remunerations of ASUU members.

As members of the Ivory Tower, they should meanwhile forget about money that is liable to perish and now concentrate with zeal and patriotism as members of noble profession whose for bears were the frontline and dynamic players in the early nationalist movement and independence of Nigeria on October 1, 1960.

In the spirit of independence anniversary, I appeal to ASUU members to sheathe their swords and promptly return to negotiable table with no victor and no vanquished in the interest of industrial peace and for the future of Nigerian students i.e. the youths whose destiny, at stake and like Siamese twins, tied to the destiny of the country.

The collapse of the youth which can be gauged from the present trauma in their university education is quite synonymous to imminent disintegration of the entire nation. God forbids.

There is urgent need for national interests that some eminent Nigerians to demonstrate support against the sickening and deplorable condition of our university system and to hold Federal Government responsible and accountable for the multi-faceted problems staring the public tertiary institutions in the face.

Towards this end, the nation, without further delay, must take a cue from the late Professor akin Mabojunje, a distinguished geographer and eminent public man. On the issue of education, free education per se, the erudite professor had this to say “all tax payers, whether rich and poor whether they have children of school going age or not, have to be taxed to provide the financial resources to pay for the scheme. It is the panacea to build a literate, virile and peaceful society in the ultimate.”

Nigerians should be ready more than hitherto, to make sacrifice and do the needful to promote peace and happiness for the greatest majority number of our population.