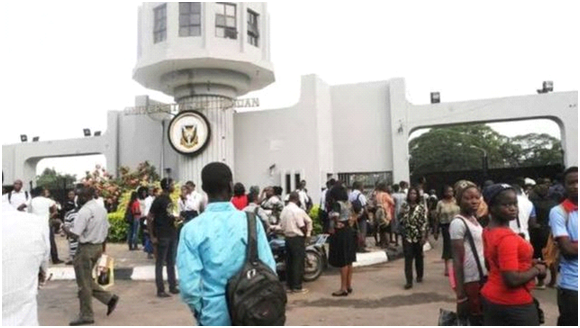 Commercial activities have returned to the universities in the country as students resumed after eight months of strike by ASUU.

During the strike, business owners operating around the universities’ environments on several occasions had lamented reduction in sales and patronage due to students’ observe from campus.

Visiting stores and shops across the universities, The Hope observed that owners of the businesses were seen with renewed hope and excitement of better sales and patronage in weeks and months to come.

Modupe Obe, a food stuff seller at state line junction, south gate area of the Federal University of Technology Akure said the last eight months have not been easy in terms of sales.

“Our major customers here are students and it is usually a big problem whenever they go on holiday or when there is strike just as it was in recent time.

“Over the last eight months, sales have gone down drastically and to even feed my family has become a big problem.

“As you can rightly observe, I deal in foodstuffs and students are my direct customers, without their presence on campus, it is more or less as if I am here to pass time but with the news of resumption, I think we can smile again.”

A computer and phone engineer simply identified as Engineer Paul said “laptop and phones are usually associated with students and lecturers and I am here because they are many in this vicinity, ever since the commencement of this strike, I have not been able to conveniently put food on the table for my family.

“We are happy that the strike is over and students will soon be returning to campuses, this implies better sales in couple of weeks to come. We sincerely want to appeal to the government to do everything possible so that our universities will not be closed again.

“Whenever there is strike, it does not only affect students, businesses also suffer because we depend solely on them for our survival.”

Mercy Grace, a chemist operator said, “the kind of business I deal in is not something that can remain unsold for a long time, now that schools have resumed, I need to do a recheck so as to ensure that they have not all expired and as many that have expired, I have to get them destroyed, I am sure you know this is a big loss.

“I do not pray that students get sick but nature cannot be cheated, I am happy because I know that now that the strike is over, I will have improved sales.”

In Adekunle Ajasin University, Akungba Akoko, students have been asked to resume immediately by the school authority.

Registration will commence this week while lectures begin next Monday.

Students and business owners are gradually returning to the campus and consequently the town of Akungba.

The Hope gathered that pre-degree students were on campus during the strike period since they were not affected.

Some of the returning students were seen in the town with their luggage and some were found on campus.

Those who spoke with The Hope expressed delight to recommence academic activities after the long ‘vacation’.

Although, many of the business owners were yet to open as at the time of filing this report, some others were found operational.

A trader at the school gate, who simply identified herself as Mrs Rolake said, “it was not easy for us during the strike period because the students are majorly our customers.

“I had to go into other business to earn a living. As they are back now, I am very much happy”.

“The eight months was like 10 years. It was not easy to feed because I rely on this business. I had to travel to Ikare to work so my family will not suffer,” he told The Hope.

In Ekiti State, The Hope gathered that business owners have started opening their shops since the resumption news speculation broke out.

Many students were found on campus and in the town.