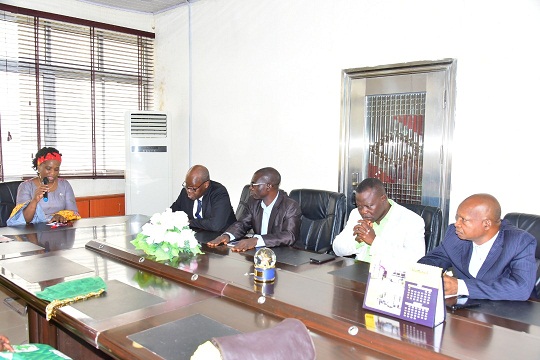 The Vice-Chancellor of the Federal University of Technology, Akure, FUTA,  Prof. Adenike Oladiji has appealed to the Federal Government and concerned authorities to synergise and reach agreement towards reopening tertiary institutions in Nigeria.

Prof Oladiji stated that the move will rescue the university education from total collapse, saying it is not only ASUU that is on strike, but others like NASU, SSANU and NATS.

Oladiji who played host to members of the state chapter of the National Council of Women Societies, NCWS, urged the federal government to look at the situation holistically and make   interest of the nation and the children a  paramount one.

“When government says it is  broke and that there is no money and you see or hear what other expenses are being made, then we ask ourselves if we are priotising education,” she said.

According to her, the pride of the university is how brilliantly the products  are doing on the  field and not the currency to be gained.

She called on women organisations to increase their advocacy and sensitization campaign and encourage the students to further learn a trade to help themselves rather  than considering  prostitution or other societal ills as the next option.

Earlier, the Ondo state President of the National Council of Women Societies, NCWS, Dr.Mrs. Jumoke Aborode said the council’s  visit was to honour her and express their pains over students who have been at home for months, due to ASUU  strike.

She noted that women groups through the office of the Commissioner for Women Affairs and Social Development have created a patrol  monitoring team to curb incessant prostitution in the state.