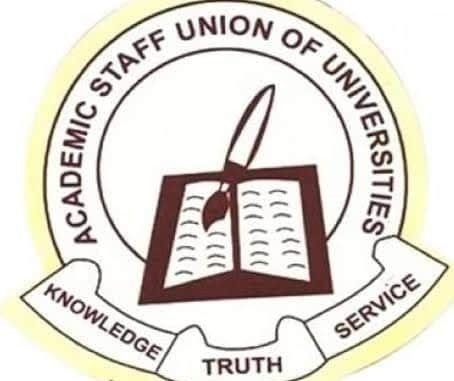 The lingering eight months strike by the members of the Academic Staff Union of Universities, ASUU, might come to an end on Wednesday.
This optimism was given by the Chairperson of ASUU, Adekunle Ajasin University Akungba Akoko, Dr Simon Ehiabhi while speaking in an interview with The Hope.
Ehiabhi who disclosed that the union has slated a meeting for Dec.9 noted that the outcome of the meeting will determine the decision to suspend the strike or not.
He noted that the Federal Government had made a new proposal to the demand of the association at the meeting they held in November 27.
According to him, after the meeting with the government, the association held a meeting in all its branches in Dec 2 to inform them of the new proposal.
He stressed that another meeting of all branches in Nigeria had been slated for 9am in Dec 9 to do a referendum based on government’s new proposal.
The referendum will be presented to the national leadership for review according to him, adding that the review of the aggregate opinion will determine the next line of action.
“Before ASUU goes on strike, it would have to consult all its members in all the branches and once they vote for strike, it will go on strike. The same thing goes for suspension.
“At the meeting on Wednesday, we will take a referendum across all branches in Nigeria. So the aggregate opinion from members will direct the national leadership on whether to suspend or not,” he explained.
Ehiabhi was optimistic that things will turn out well if government lived up to its deadline adding that ASUU is a union that works on realities and facts.
“Federal government has made some commitments and said they would do some things at a certain date, if they can do those things, perhaps it will influence members’ opinion at that meeting.
“So we are hopeful seriously that between now and Dec 9 those deadlines that federal government promised would have been met.”