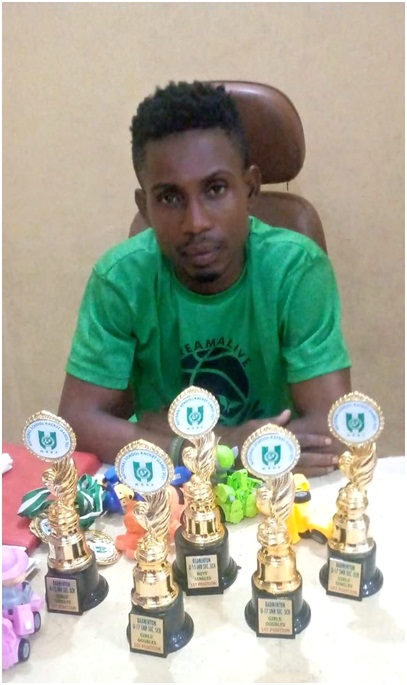 After missing in action at the 20th National Sports Festival (NSF) held in Edo State, Ondo State Badminton head coach, Tunmise Olalehin has said his young players will put in their best to make the state proud at 21th edition slated for Asaba in few days.

He said he has confidence in the young athletes, saying they are full of energy to deliver as expected.

He added that his players have been training for months for the games , saying part of their preparation for the national fiesta was their participation in high profile championships outside the state.

Olalehin in a chat with Sporting Hope added that aside participating in competition that they have organised early camping for their players through their association before general camping which commences Monday next week.

He allayed fear that he will be going to the National Sports Festival with relatively new players, saying the young athletes are in high spirit to get the job done in Asaba.

He revealed that only two of his players have played in National Sports Festival, noting that festival is not the only basis to measure athletes performances.

“Timilehin Ologbesere that just won three gold medals for Nigeria at International competition and Nigeria University Games Association (NUGA)most valuable player, Damilola Oyedepo are part of the team. I have no doubt they will do their best to make us proud.”

“We have prepared the athletes for the games by exposing them to high profile competitions.”

“The Badminton coach added that “what we are doing in Ondo State is to blend both experience players with young players.”

He commended the management of Ondo Sports Council for bring back some of our athletes that left the state for other states during the last edition of the games in Edo 2020.

He said: “It’s a good thing that we have our athletes back into the fold, the management has displayed high level of professionalism and competency.”

According to him, “none of my players will be jittery of any national players, because they have played against them before , they won and lost against them and Asaba 2022 won’t be different. Playing against top players gave our athletes the needed  confidence they can beat anybody. We also use those games to correct some of mistakes observed during  the games.”

Ondo state government has made our job easier by paying the athletes regularly, the regular payment will play vital role in motivating these athletes to give their best at the games,” he said.