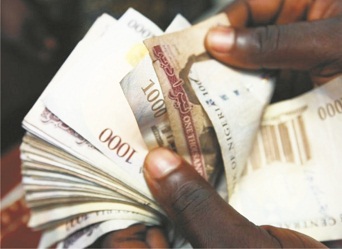 The convict was jailed  by an Akure Chief Magistrate  Court sitting at Oke-Eda, having found him  guilty of conspiracy and stealing.

The 20-year-old commercial motorcyclist, Boluwaji and his accomplice, while riding on a bike reportedly snatched a purse containing the sum of N50,000  and one Itel phone valued N10,500 from a lady, Tope Aliu.

According to the prosecution, the convict and one other now at large, committed the offence on May 18, 2019, at about 8:30pm, while riding on one TVS motorcycle with  number plate  AKR 586 VM along Isolo street, Akure.

The prosecutor, Sergeant Adebayo Sulaiman, while narrating the fact of the case, said  the convict and one other person were on a motorcycle, when they snatched the victim’s  purse.

Sulaiman said  in the process of escaping,  they fell and then took to their heels. But the motorcycle was apprehended  and taken to the police station.

It was learnt that few days later, the convict came back to the police station  to claim the bike.

He was said to have told the police that the owner of the motorcycle had been putting pressure on him because the motorcycle was given to him on instalment.

The convict was not represented by any lawyer.

In her ruling, the Magistrate, Mrs Victoria Bob-Manuel, having found him  guilty of the two count-charge of conspiracy and stealing, sentenced him to five  years imprisonment with hard labour.